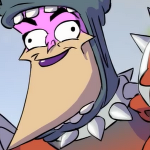 Hello, I'm Moozipan Cheese. I've played most of the main Call of Duty games and have enjoyed each and every one of them. I have even managed to complete many on Veteran difficulty – including the infamous Call of Duty: World at War.

My small claim to fame would be my Flash animations on the series, which (somehow) attained a few million views between YouTube and Newgrounds and can be seen below.

If you want to get in touch, leave a comment on my talk page here.

I'm responsible for the Flash series 100 Things We Hate About... (also known as We Hate...). The animations are a satire; light-heartedly mocking those who complain about the games whilst also casting a critical eye on the decisions the developers made over the games. Also, they get better, so if you don't like the first one, give the others a chance and watch them too (please).

And just to reiterate, they aren't supposed to be taken seriously at all – they're supposed to be humorous. Even if you don't find them funny, please don't be offended, as some people seem to be.

Retrieved from "https://callofduty.fandom.com/wiki/User:Moozipan_Cheese?oldid=2335888"
Community content is available under CC-BY-SA unless otherwise noted.