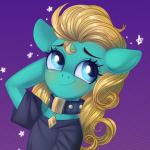 I was once the image guy Edit

I'm that perfectionist who thinks of new and different ways to improve the wiki. I've recently been appointed as a Custodian, basically i'll be cleaning up stray images, image misnames, image links and all that (29/01/17).

Anything that needs to be done information or image wise? Let me know, i'll be glad to help

Levels and descriptions of IW stuff

Retrieved from "https://callofduty.fandom.com/wiki/User:Prof._Sugarcube?oldid=2512544"
Community content is available under CC-BY-SA unless otherwise noted.