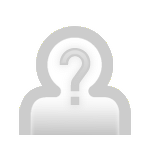 My personal opinions of each COD game I own:Edit

-Call of Duty 4: One of the best games I've played in a while. Since it came out a while ago, it runs smoothly on my system and the multiplayer is utterly flawless. Though I'm mostly a singleplayer guy, COD4 brought me into the world of multiplayer gaming, and I'm constantly getting better. 5/5

-Black Ops: While I've not played Modern Warfare 2 so I can't say if it's a step up or down from it, I can say that it's significantly worse than Call of Duty 4. I've heard that MW2 has a matchmaking system which makes it impossible to get rid of hackers, so I'm going to assume this makes it somewhat better than MW2. But this game is still worse than Call of Duty 4. The graphics aren't much better than COD4, yet the game lags so much, which generally leads to me getting one kill (or less) and at least ten deaths every match. I liked the level of customization you can apply to your guns and stuff, but it could use some tweaking. Other than that, it's not as great as other COD games but better than your average FPS. I'd give it a 4/5

-MW3: I haven't played the singleplayer, but I've played the multiplayer (albeit not extensively). I reached up to about Level 20 in the timespan of 2 1/2 days, which is all the time I got for the free weekend. It's definitely a step up from Black Ops, but like it, the game lags, but the graphics are improved and runs smoothly enough for my success on the lowest possible settings. Overall, 4.5/5

What Do I Think About The Guns?Edit

I'm a sniper guy. I don't play Black Ops much anymore because it lags horribly, and I go assault the few times the MW3 Free Weekend comes around, so this will be my opinion on the COD4 sniper weapons.

And here is my opinion on the handguns.

Retrieved from "https://callofduty.fandom.com/wiki/User:SPARTAN-014?oldid=1555592"
Community content is available under CC-BY-SA unless otherwise noted.