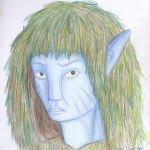 Hello there. Sadly my real name is not Seijana, pity, because I like the name. Was mostly active on the fanfic part of the CoD Wiki, so I generally spend the majority of my wiki time on the fanfic site now. I am a blatant spammer but have managed to control the impulse to post meaningless crap on the wiki, at the expense of the Runescape Forums. For the goal of having a laugh, I have hoarded copies of speedy-deleted articles, once I find a way I will have the most inane and irrelevant of them up as a userpage of mine or something

On Call of Duty I love easter eggs, glitches and hacking and no I do NOT Aimbot or anything like that, instead I abuse the developer console on private matches and solo missions to do all manner of stuff not normally allowed (being a PC player is really helpful for that). Below I have provided a gallery of my hacking and glitching adventures.

I also found this glitch while hacking around in All Ghillied Up, lets just say McMillain's AI was very confused...

Oh, and another picture I find very funny.

Below is some of the best music ever made.

Retrieved from "https://callofduty.fandom.com/wiki/User:Seijana?oldid=1906829"
Community content is available under CC-BY-SA unless otherwise noted.