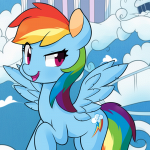 To start, I am a huge Zombies player, and I prefer Treyarch games over Infinity Ward Games, because I played some Treyarch Classics like Spiderman 1 and 2, and Tony Hawk's Pro Skater 1 and 2. I am also a huge fan of the Wii which was the first Next Generation console I owned, and i had some great times with it too, amazing Wii Games like Super Mario Galaxy and it's Sequel, Mario Party 8, and a variety of Sonic Games released on the Wii.My favorite Zelda Game is Wind Waker on the Gamecube. i still play all of these games today, now, for the moment you've all been waiting for...*drumroll* how i got into the Call of Duty Series.

I Started out as a huge Gamecube/PS2/PS1 gamer(i was too young during the Dreamcast and Nintendo 64 era) with series like Super Mario, Sonic, and Tony Hawk Pro Skater/Underground, and i still play those games today alongside Call of Duty, that said, Call of Duty: Modern Warfare 2 was the game that got me into the series, it's kinda a long story, i was going to buy a new game on the Wii, i believe it was, and they said i was entitled to a free game, so i just picked Modern Warfare 2 on PS3 and things just kicked off from there, i wasn't able to play multiplayer though because i didn't have an Ethernet Cable long enough to reach the back of my PS3 at the time, then when i got an Xbox 360 4GB console for Christmas, i hooked the console up in the livingroom where the internet cables could reach the console, i got all following Call of Duty Games on that(even past ones, like Call of Duty 2) then i got Black Ops and got really interested in the Zombies Mode, so i bought World at War next so i could play the original 4 zombie maps(Nacht Der Untoten, Verruckt, Shi no Numa, and Der Riese) then i bought CoD4 to see what happened before MW2, then, during Black Ops, i moved my PS3 to the livingroom with the Xbox 360 and gained internet access and finally played Multiplayer on Modern Warfare 2, then i guess the rest is just the normal cycle of Call of Duty, awating the next Map Pack or Game(keep in mind, all this was before the First Strike map pack was announced for Black Ops) and currently i am eagerly awating Call of Duty: Black Ops II and The WiiU, Paper Mario 3D, Luigi's Mansion 2, and so on.

so yeah.. that's my story of how i got into Call of Duty.

Imagine a Trickshot from up here :3

Boardwalk World Leaderboards (Ranked 39th in the World.)
Add a photo to this gallery
Other favorite games/franchises:

PAYDAY 2: With 357 hours of play time and counting, PAYDAY 2 is one of my all time favorites.

Brony for 1 year 2 months and counting.

Still watch them, but not as often as I used to.

Retrieved from "https://callofduty.fandom.com/wiki/User:Shadowking58?oldid=2240164"
Community content is available under CC-BY-SA unless otherwise noted.