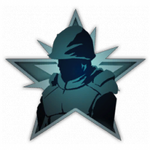 Hey I'm Joe, on mw2 my gametag is Shaniqua69, but in BO im GODZ_BEAST_MODE.
My clan tag is *CG* it stands for COD GODZ and thats shown in my custom emblem.
Im trying to love this new game. Funny that I've been killed more by knives than claymores, frags, semtex, C4, and specials combined.
Like my pic? its my stomatopod, Skorupi. He's dead now. His kill count? 50+ snails and 18 crabs. OH yeah he was 3" long.
AWESOME ANON: "Even though the flashbangs sound wimpy, the concussion grenades sound like the coming of the apocalypse, and Nova Gas IS the coming of the apocalypse."
Favorite guns of BO
MP5K, AUG/FAMAS, AK47, M60, L96, PSG1, RPG, Python, and the Olympia.
Favorite MW2 guns
SCAR-H, TAR-21, M16A4, AK-47
UMP45 MP5K (got the gold title legit)
AUG HBAR (gold emblem)
Intervention, Barrett, and the M21
PP2000, G18, and Raffica
SPAS-12 and the models
RPG and the Javelin
Favorite COD4 guns
Every fucking one. They are all balanced and actually kill people in the right amount of bullets.

Post anything you want here, I don't mind :D

Hello! do you play on PS3 or Xbox?

Retrieved from "https://callofduty.fandom.com/wiki/User:Shaniqua69?oldid=813494"
Community content is available under CC-BY-SA unless otherwise noted.