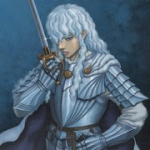 Blue guy: What do you mean?

They meet in the stream

Blue guy: What did you mean we could work as a team?

Red guy: I bash you in the head with my rifle and you die. Good teamwork you fucking noob. Good game, good game everybody! GG man, GG. (takes a hit from nowhere in the back of the head and falls over)

Please Do NOT edit this page without permission. I will report you unless fixing it or removing something you made that you dont want here.

Well I'm Sniperteam82308 also known as Sniper or Sniperteam but my real name is Justin.You can call me any of the four but please I only like to be called by name when being disciplined. I have an Xbox 360 and my live gamertag is Sniperteam 82308. The games I play are, all of the Call of Duty's, all the Halo's, both Assassin's Creeds, both Left 4 dead's, all the Resident Evil's, Fallout 3, Star Wars Republic Commando, Terminator Salvation, Dead Rising, and both Army of Two's. I am a semi active user here mostly on blogs but if I find a vandal has messed up a page I will fix it however due to my unimaginably slow computer I cannot compete with many other users here. I know I probably shouldn't put my real age on here but I am 18. I am a full time user on the Red vs. Blue wiki having over 1100 edits currently there and am working on becoming an admin. I am also a writer and have many friends and family test my novels(my longest one is over 500 pages long and is about a team of snipers it is also where my username and gamertag come from the captains designation is Sniper82308 and hes part of a sniper team.) I am not one of those noobs that have the word sniper in my name but really suck at it. I once got a nuke using only my Barrett 50.cal without hardline or full metal jacket bullets(yes I know what FMJ means.) I also study sniper rifles and have a encyclopedia dedicated to sniper rifles(everyone in recorded history). I also consider myself a nice person and am not one to putt someone down intentionally unless they have repeatedly hurt me by being mean or have become a regular vandal just destroying the wiki instead of helping it. I also hate Call of Duty World at War(except the zombie game mode) and Call of Duty: Modern Warfare 2 (believing it was trying to copy every war movie ever) That's pretty much it about me. Here's my main page on the Red vs Blue wiki .

Pretty much every other FPS or TPS

BengalMan81 One of the people on this wiki I can call a friend.

Shotrocket6 Yet another user who I can call a friend.

Justin Beiber (he ruins my good name of Justin)

My little brother I have spent over $3000 on things for my xbox(games headsets etc.) and he breaks it along with nearly everything else.

People that believe that Call of Duty: Black Ops is historical because someone said something about it being about Operations that have been covered up.

Kids that think there are only four kinds of Sniper rifles because that's how many are in MW2.

Retrieved from "https://callofduty.fandom.com/wiki/User:Sniperteam82308?oldid=1810745"
Community content is available under CC-BY-SA unless otherwise noted.