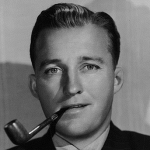 Hello I'm That40sGuy. You may remember me as an administrator from Mafia wiki! I played my first Call of Duty game in 2004. My favorite game from the series would be Call of Duty 2 but I like all of the other parts too (well except Black Ops). Since I don't have a good internet connection I mostly play single player but you can sometimes catch me in multiplayer!

I'm not so active in editing over here as on the Mafia Wiki but I read the articles and correct if something is wrong.

Nobody Derp's better then you REDSKIN-26

keep on the derp stuff derpy

For the best Driver of Battlefield P4F <3! BelinskiNik talk

yeppie yay have a good day

-"Why don't we take Treyarch, and let them work on Peggle 2?!

"I like Skyrim, it reminds me of Norway." - Strike on Skrym

"Did I forget to unban 4 people?!" -Katanagod

Retrieved from "https://callofduty.fandom.com/wiki/User:That40sGuy?oldid=2306142"
Community content is available under CC-BY-SA unless otherwise noted.