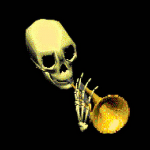 I'm a Level 30, have the First Strike Map Pack and I will buy the Escalation Map Pack when it becomes available on PlayStation Store. My favourite Zombie Map is Ascension, due to the survivors comments on the colour loss at the beginning (Especially Richtofen's), the secret weapon (Gersch Device) and it's actual largeness.

Retrieved from "https://callofduty.fandom.com/wiki/User:TheKingofPies?oldid=944454"
Community content is available under CC-BY-SA unless otherwise noted.