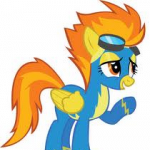 Welcome to my user page Onii-chan (or Onee-chan, no need to discriminate genders ). I have been expecting you. Please, have a seat and stay a while.

Damn you guys for making me a brony.

Yay! I created my first page!

Ballistic Knife is the greatest thing to ever happen to Zombies, but I still miss my Flamethrower...

The Story of Alfred the DragonEdit

One day there was a small dragon named Alfred and he had no friends in the world. Alfred would stay at home and eat bacon out of depression because of this. After eating all of the bacon Alfred got fat and had to go on a reality show where fat people got beat up if they ate food. Alfred did not like it there so one day he pulled out a gun and shot himself and he went to hell. When in hell he met the devil who he then fought to the death in a thousand year war. After the war Alfred was the victor and gained demon powers. With his new powers Alfred flew out of hell to the real world. Once he got back he fought Superman but since he could shoot Kryptonite out of his fingers he won the battle easily. Alfred then ate the body of superman and gained lazer vision from his DNA. Now that he was invincible, Alfred flew up into heaven to fight for rights to become god. Alfred broke into gods palace and challenged him to a battle, and god accepted. The battle began and god threw thunderbolts as Alfred shot lazers and then sacrificed Matt (my friend) so that he could summon a Dark Magician to the battlefield and then god played a trap hole and killed it. After a while Alfred got bored so he fused with Mrs Mazur (fat teacher who we referred to as "the whale") to gain super whale powers. When using his new powers he was able to crush god to death using body slam. Now Alfred controls the universe and has sex with lots of hookers.

"Unless the rocket is launched at Mach 5, I think our answer may be wrong."
— My response to my friend's answer for a math question.

"I won't let them kill you...Ever! I've always been someone's tool. I was the tool of the Order. Then, I became your tool. Yes...I might've been just your tool in the end, Brother. But the time I spent with you was genuine. Thanks to that memory, I'm finally...a human!"
— Rolo's dying words to Lelouch.

"I want to put my political thesis all up inside your book."
— Chiafriend after Sp3c turned "book" into a dirty slang term.

Retrieved from "https://callofduty.fandom.com/wiki/User:The_capoe123?oldid=2240560"
Community content is available under CC-BY-SA unless otherwise noted.