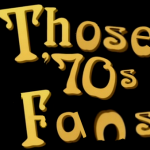 Any weapon he can grab

"If war is a game, then checkmate

Killoren Thriten is a player in Modern Warfare 2 and returned in Black Ops that appears in X-Box Live.

Killoren appeared in Modern Warfare 2 in several levels such as Favela, Underpass and other maps. After completing his prestige, he retired from the war. After a console change (from PS3 to Xbox 360), he returned in Black Ops as codename, Those70sfans.

Retrieved from "https://callofduty.fandom.com/wiki/User:Those70sfans?oldid=1209103"
Community content is available under CC-BY-SA unless otherwise noted.