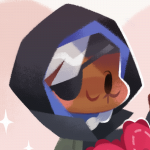 Yeebo can be seen praising Der Riese and complaining about the HVK-30 and ICR-1's wallbuy, among other insignificant things from Black Ops III.

I'm Yeebo, I've been playing Treyarch's Zombies mode since late 2009, first being introduced to "Five" and later finding the Call of Duty: Zombies iOS application. After sitting around waiting for someone else to update the GKZ-45 Mk3 article, I've decided to help restore the wiki back to it's former glory, even if it means grinding through countless Zombies games, creating a custom ModTools map and throwing my PC at a Brick Wall to create the best screenshots for the Wiki.

While I thrash Black Ops III's fixable problems every single day, Black Ops III's maps were creative and unique while the Wonder Weapons were aesthetically pleasing to use. That, and the regular weapons were useable and accurate, except for the M1927, which was ported from Black Ops II and shares it's inaccuracy statistics.

I've grabbed a bunch of screenshots for Black Ops and Black Ops II's Pack-a-Punched Weapons. They all need transparency work. Right now, they're stashed away on my Computer and I'll slowly make them all transparent and upload them to the wiki. The plan is to make the Upgraded Weapons page as consistent as possible. All pictures will have better lighting and be taken from the same place with the same viewmodel. So far, all the common Black Ops Weapons and a majority of the common Black Ops II Weapons have already been taken. I also have to crop and upload images of Black Ops III weapons with attachments. A handful of these were done half a year ago. I haven't touched them since.

Speed Cola in Mob of the Dead, the first .gif I ever made.

PPSh-41 in ModTools, I have to thank RoachTheIntelCollector[1] for all the Transparency Work!
Add a photo to this gallery
Retrieved from "https://callofduty.fandom.com/wiki/User:Yeebo?oldid=2436899"
Community content is available under CC-BY-SA unless otherwise noted.