But then there are the lesser known characters. The Characters who still have an impact on the game, but don't quite make it into your memory as well. These characters still deserve some love and praise, and I'm gonna give it to them! This is my Top 11 Underrated Call of Duty Characters!

These guys didn't exactly make the cut for one reason or another, but still deserve mentions. 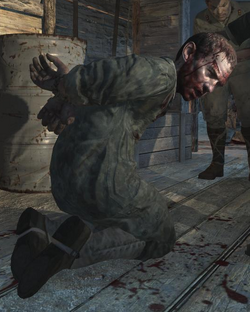 Pyles torture and death set a perfect mood for the game, as World at War was meant to be a much more dark and dreary look at World War II than past games had been. Pyle also goes out rather heroically, defying the Japanese until his last breath.

Dunn takes a side seat in Modern Warfare 2. He doesn't talk much and doesn't have a major role in the plot. Like most of the Ranger campaign itself, Dunn is only there to show the effects the invasion of America has on it's own soldiers. 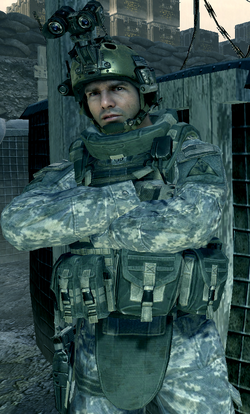 Dunn however, is pretty badass. He even manages to dive over some flaming wreckage as it slides towards him, action hero style.

He also has some of the more funny and subtle lines in the game, such as referring to Task Force 141 as the prima donna squad and his freakout after the EMP goes off in Washington. Dunn's lighthearted banter gives the Ranger squad a bit of characterization, making them appear more like real people.

He also has one of the best lines in MW2, in response to a ranger's question about "When do we go to Moscow" Dunn says "Not soon enough, man. But I know we're gonna burn it down when we get there."

Russman is a homeless man wearing a converse sneaker and a boot. What more could you ask for? 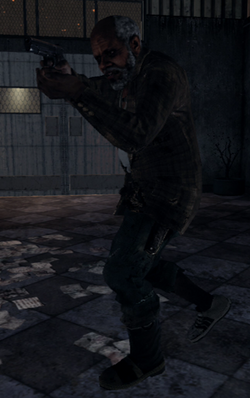 Honestly, I don't get why people don't love Russman more. He has a unique look and characterization, funny lines, and is the only Zombies character I've ever actually liked hearing the quotes of. Plus he inveneted the term "Freakalope", which I now use in everyday conversation, of course.

Farid is on here because I feel there is something people don't seem to notice about him in Black Ops II, and that's that he is probably one of the few true heroes in the game. 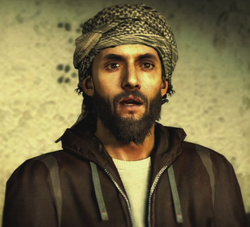 No matter what choices the players make in game, Farid is always going to die. It is set in stone, and there is no way for him to live through the events of the game. But no matter how he goes out, he's never brushed to the side, he always goes out a hero.

Whether it's protecting the USS Obama, Taking a bullet for Chloe, or even making the ultimate gamble to try and kill Menendez and save Harpers life in the process, Farid goes out fighting everytime, and always saves the day in one way or another. He is the definition of a bro.

Grinch and Truck don't appear to be much at first glance, just cardboard cutouts thrown into the game to up the number of characters, and later the body count. 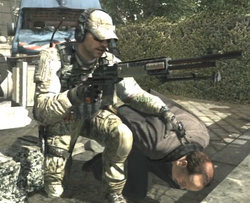 However, if one pays attention, Truck and Grinch are much deeper than just that. Though not hugely complex characters, they do share a large amount of witty and intense banter, and are generally fun characters to have around. 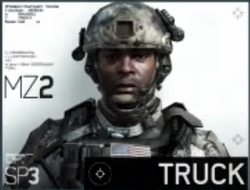 I don't keep my relative dislike of the CoD 1 and 2 a secret. I don't hate them, but I don't love of them. They are just kind of meh to me. 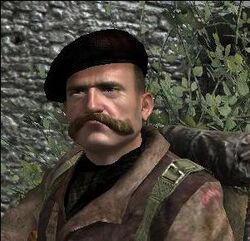 That being said, the Price portrayed in these games is top notch, and a very cool precursor to his grandson. The price of these games is portrayed as a tough soldier and heroic. He also has the sickest 'stache I think I've ever seen.

Dot is a character very few people probably know about. He is an unseen character only heard of in the CIA terminal of Call of Duty: Black Ops. He is the father of Alex Mason, and plays into an interesting and hard to find side story in which he attempts to communicate with Alex, only to never receive replies from him. His story ends rather sadly, as he informs Alex that he no longer considers him his son or a part of the family.

If you haven't read Dot's story, either in-game or on-wiki, you should. It's short and worth the read.

Bowman kind of got shoved under the bus because Woods stole the show, but Bowman is just as great a character. 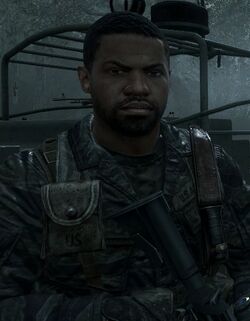 Played by Ice Cube, Bowman is an intense and emotion driven character. He is a capable fighter, and helps Mason out during several stealth sections of the game. His best scene is his death scene, where his anger and retaliation show off a truly tortured character who is no longer afraid of death.

The "Good" Russian of Cod4 and MW3. Kamarov is a fun side character in both games. 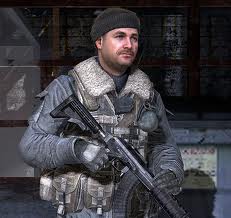 In CoD4, he is consistently supporting Soap and his squad in several ops, such as rescuing Nikolai and killing Victor Zakhaev. He even saves Soap and Price's lives at the end of the game.

He plays a much smaller, and sadly less bad ass role in MW3. Having very little lines, Kamarov is more of a background character than a major one. He leads the Resistance from behind the scenes, and only shows up to die by Makarovs hands.

Sadly, his MW3 appearance is what keeps him from ascending any higher than number 3.

I haven't played Call of Duty 2: Big Red One in a long while, but if I remember anything about that campaign, it's Alvin Bloomfield. An incredibly well done character, he was a true highlight in the pre-Modern Warfare era. 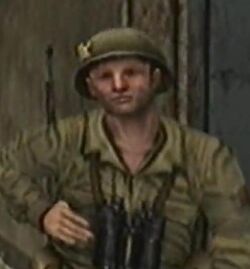 He has probably one of the only deaths in the pre-modern warfare era as well. After saying "I think I might actually make it home from this lousy war.", German mortar fire strikes the area around the now-fleeingAlvin. He gets hit, sent into the air and down on his face, where he lays, confirmed dead. One of the best WWII Characters, and he even manages to go out in a memorable way.

I don't think it's a secret that I love the level Vorkuta, hence why I made it my number one favorite level out of all of Call of Duty. Sergei is just one of the reasons for this. 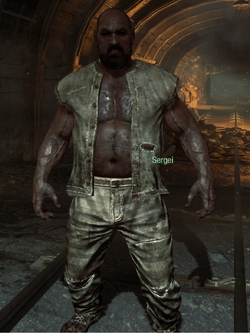 A giant, monstorous, unstoppable killing machine. Sergei provides an epic and bloody bit to Vorkuta, and adds to the overall fun by being able to do almost anything, even open metal arms lockers by just slamming into them.

Sergei also manages to get himself killed in the bro-est way possible, holding a door open for his fellow prisoners so that they may escape Vorkuta, while he is shot dead.

Sergei is, quite simply, a lumbering mass of awesome.

Thanks for reading everyone!

Retrieved from "https://callofduty.fandom.com/wiki/User_blog:Damac1214/Top_11_Underrated_Call_of_Duty_Characters?oldid=2038197"
Community content is available under CC-BY-SA unless otherwise noted.