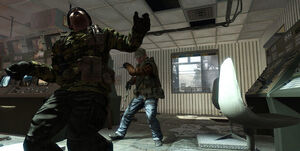 Treyarch's Call of Duty: Black Ops led software sales in the U.S. for November with 8.4 million units sold across three platforms (Xbox 360, Playstation 3 and PC). The new game in the military shooter franchise has become the "7th best-selling game of all time" and accounted for 25% of all video game software sold in November.

Retrieved from "https://callofduty.fandom.com/wiki/User_blog:N7/Black_Ops_sells_8.4_million_units_in_North_America_alone_this_month!?oldid=1471588"
Community content is available under CC-BY-SA unless otherwise noted.