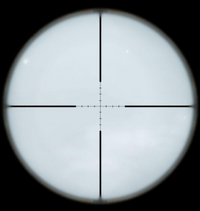 Update from Imrlybord7: The quickscopers rallied to try to get quickscoping back in Black Ops. David "Vahn" Vonderhaar, Treyarch's lead multiplayer designer, started a thread on the official CoD HQ forums. It was decided that quickscoping will be possible in Black Ops, but it will be more difficult than in previous CoD games.

"My main point is made. Decisions are sometimes controversial. Communities are divided. For every person who doesn't like Quick Scoping I can find just as many who do. Somewhere in the middle is the answer. Quick-scoping will be harder to do in Black Ops. How much harder is something we will work with you to figure out."

Some footage of a player quickscoping was taken from the closed beta of the game, but during a Q&A session on Twitter, Treyarch’s community manger Josh Olin answered some direct questions about whether or not quickscoping will be included in the game.

When simply asked if quickscoping will be possible in Black Ops, Olin replied

A few other users asked if he was ‘joking’ about the above comment, he later replied

”Nope. Quickscoping is way more annoying to a way larger group of people than the quickscoping community who loves to do it. #cheap”.

This was part of an #AskJD thing on Twitter. A couple of other thing found from the event:

Retrieved from "https://callofduty.fandom.com/wiki/User_blog:N7/Quickscoping_isn%27t_in_Black_Ops._(Plus_some_other_MP_info)?oldid=2175748"
Community content is available under CC-BY-SA unless otherwise noted.