so the other day i got call of duty ghosts free with my xbox one so i thought id give the campaign a try and dis is my review: (ps this review has spoilers from an old ass game from like 2013) the graphics in cod ghosts were actually pretty good i gotta admit, running at a smooth 10fps and in 240p it made the most out of the xbox ones powerfulness. the only thing that looked fuckin ugly was the explosions which just look so bad and look the same as they did in the last 50 cod of duty games

overall for graphics: 8/10 actually not that bad

lol get it cod: ghostBUSTERS hahahahaha

the storyline is super cool (in theory) like normally the enemy in FPS games are commies or middle easteners but this time its SOUTH AMERICA so like thats pretty cool that luis suarez and his friends are bad guys. i like that when you were in the united states of south america they were a lot more technologially advanced than the united states of north america which was #REKT. however sometimes the plot just seemed really muddled and i didnt really know why i was doing something or going to someplaces but overall it was ok. the characters tho they were all FUCKIN BORING JESUS (more on that in a min)

overall for storylin: 6.5/10 it was bearable

ok so the characters in this game were really bad, even for a cod game which normally has generic dudebros but this i mean DAMN. im gonna go through the characters and what i think of them

david "what the hell kind of nickname is hesh" walker 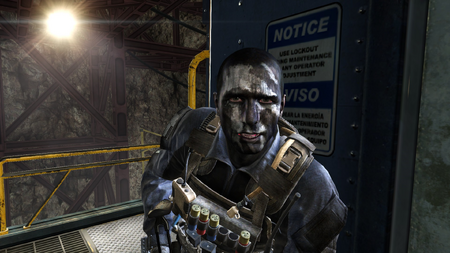 this guy was like your brother i think and he was voiced by superman and that was literally the most exciting thing about him. he literally spoke in a monotone voice the whole time EVEN WHEN HIS DAD WAS BRUTALLY MURDERED and was just so goddamn boring jesus. oh and he had a really dumb line where he just says "omg dad u were a ghost all along" i mean WHAT THE FUCK 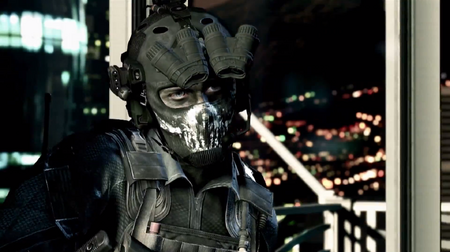 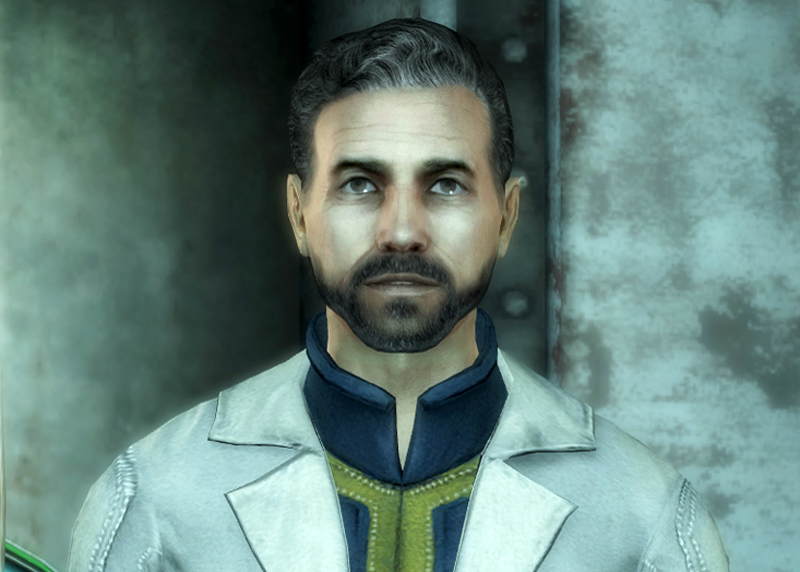 voiced by liam neeson ur dad was actually pretty cool and i cried like a lil bitch when he died... WAIT A MIN 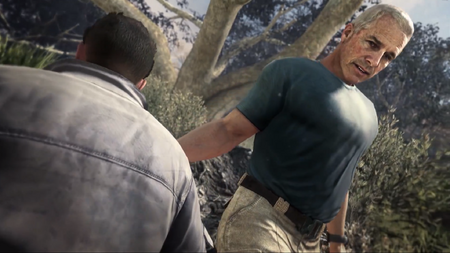 who is this guy? i think he was in it for like 5 mins 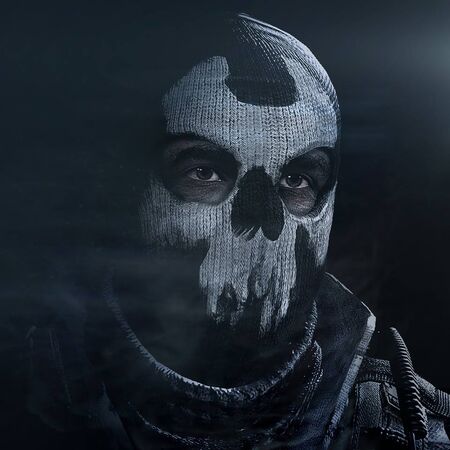 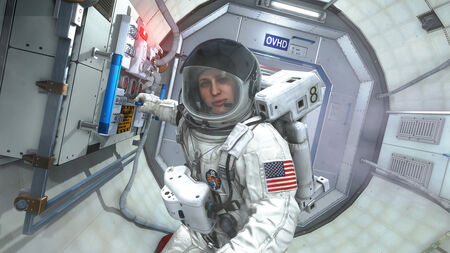 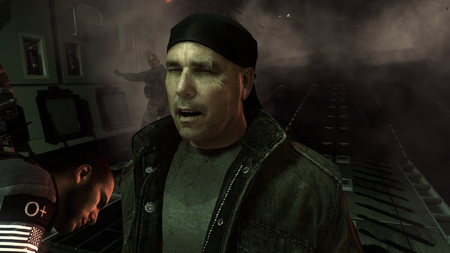 ok now rorke was actually pretty cool, he was pretty badass and he had a cool voice. his motivations were a bit weird (oh no u left me to die in a place that was impossible for me to get out of AND I SURVIVED IT ANYWAY) but he was still pretty cool, im glad he is coming back in ghosts 2 with his pet logan 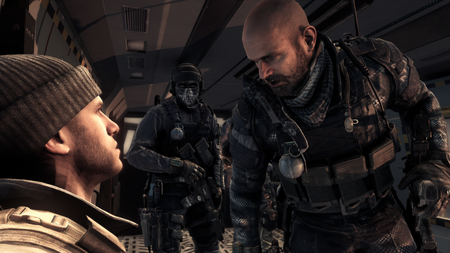 i actually didnt mind merrick that much, yeah he was boring (but so is everyone else) but his voice was cool and he had a cool beard so yeah thats about it 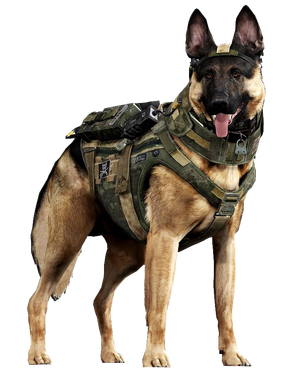 sadly out of all the ghosts the one which was a FRICKEN DOG had the most personality and was the least boring. this mofo was a lil trooper and he's so fricken cute too. i also liked how he shruged off gettin shot like a bamf AND ALSO I LIKED THAT FACT THAT HE IS A DOG

overall for characters: 5/10 too many of them are FRICKEN BORING

i liked the lean and the slide things they were pretty cool but obviously most of the gameplay is just the usual "shoot at some goons" stuff that is in every cod game. The tank mission was weird cos it didnt feel like i was actually driving a tank but instead a weird ass supercar that looked like a tank OH AND FUCK THAT HELICOPTER MISSION I MEAN IT WAS SO BORING AND MY HELI MUSTA BEEN MADE OF PAPER OR SOMETHING COS IT GOT SHOT DOWN ALL THE FUCKIN TIME

the missions were all varied and had a lot of cool ideas tbh. my 3 faves:

space mission (and technically the sea mission too) 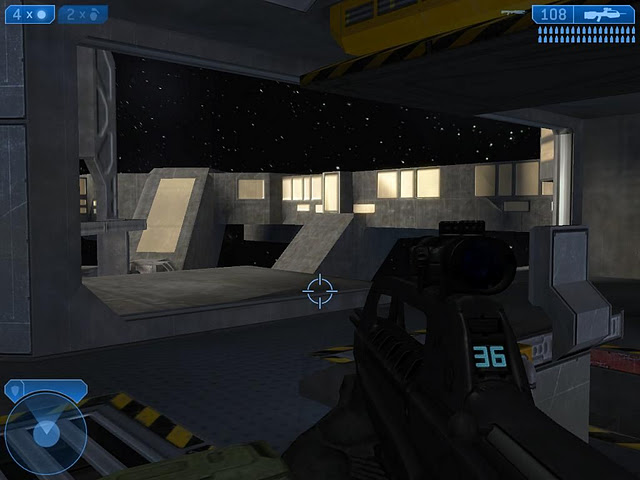 i liked the space mission because u were in space and space is cool. i also liked the physics and stuff like the floatyness and stuff but i gotta admit it was a bit short

stealth mission were u are disguised as luis suarez i think this misison was called clockwork, it was pretty cool i liked sneakin past luis suarez and his goons and then killin a ton of them and sneakin back out and seeing the aftermath of u killin them all that was cool

(i cant think of a picture for dis one sorry)

now for my 3 least fave missions this mission was poop, it jumped like 1 hour ahead every two seconds and the gameplay was literally just "hide behind this rock for 10 mins while u slowly shoot this group of FUCKIN HUNDREDS OF SOUTH AMERICANS" and damn it was bad, then it kinda felt like the shoehorned riley into the end just so there was something slightly interesting to do

im on a train this mission was the last mission in the game but sadly it was shit. it was basically just a long ass coridoor but like IT WAS SWAYIN FROM SIDE TO SIDE ALL THE TIME and frick me it was so annoyin then you just jump through a door at the end and thats it the game is over

all ghillied up clone

this mission was like that overated cod4 mission in the grass except it was so fricken easy, i literally just crouched in front of a luis suarez dude and he just musta looked at me and thought "WOAH THAT BUSH LOOKS JUST LIKE A PERSON I BET NOT DO ANYTHING ABOUT IT" i mean what the fuck and also like what a fuckin coincidence that the playable character happens to be wearing a fuckin heartbeat sensor

overall for the mission: 8/10 although some of them were pretty fun a couple were poop dis this game even have a soundtrack, all i remember is that eminem song from the credits and I think that was literally it.

ok so overall adding up those sections i got 36.5/60 but then (after getting someone else to do some maths stuff) it adds up to *drumroll*

so yeah basically cod ghosts is a pretty fun game but dont pay attention to the story cos its crap and you should play call of duty: black ops II instead

Retrieved from "https://callofduty.fandom.com/wiki/User_blog:N7/call_of_duty:_ghosts_campaign_review?oldid=2124063"
Community content is available under CC-BY-SA unless otherwise noted.