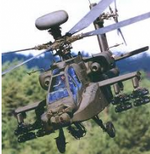 i saw how vandalized it is and i thought it might need some work but whisky already fixed it. Matt of the wastes 22:05, September 11, 2010 (UTC)

I should have already been gone, came back for a few days though. This is my last day. Dolten

To make time for everything else. And I guess a small part of it is (I said *small*) to get away from this hatred of me and Darth. Dolten

Do I get a present? I always wanted a pink unicorn named Psycho used to crush my enemies. *laughs evilly* --

I've never actually made one, but I think I can.

Shhh, Lonely nomad, That never happened... You have no proof now... Plus, Like I said, Wrong user, and Wrong page.- XD

Finished! All you need to do is enter a code. To get that code, go to http://callofduty.wikia.com/index.php?title=Call_of_Duty_Wiki:Sandbox&action=edit and copy the third green dot thingy. Paste that to your user page.

I apologize for the pointless blog I made earlier this week. It was wrong of me and I am sorry. The only real reason I made it was because I'm going through a very difficult time in my life, and I relish any form of achievment, no matter how small. With spirits this low, sometimes I need a little boost. So again, I apologize for the blog. I would delete it if I could, but I can't. Helix Armada 00:40, September 19, 2010 (UTC)

is down for the maintainances -

Could you, it would be a great help.

I hope this doesn't affect how you think of me, bro.

I can imagine some people will.

Per your request. Edit

Hey man, I noticed you a few user boxes on your page, if you know how to make them, could you please make me one that says something like, "This user is on constant vandal patrol!" thanks!

She was playing search and a guy mailed her saying are you intrested in me hacking you to the 10th level prestige lvl 70 for 50 headshots, so she said ye to it and gave him 25 headshots then gave him the password and email and he changed everything and mailed a load of my friends sayin trust xXLynxPwnerXx (i think thats hes name i have it written down somewhere) he will hack you for only 25 headshots. Thats it. Ww2 fanatic 17:20, September 29, 2010 (UTC)

What were you thinking? Edit

I have half a mind to get you blocked for a month for what you said to Special Ops General Minigun. That is by far a breach of COD:UTP and more specifically COD:DBAD. Think about what you're typing before you hit post next time, or you'll regret it.

Nedd to ask Bovell, as i dont run the channel.

Nice, thank you. I though my name continuously appearing to the Recent Wiki Activity would make someone mad, envious or something like that, hah. I noticed that there are a lot of small stuff needed to be fixed, so I decided to do it myself. When the game is out I will be adding A LOT of pictures and keep editing.

I'm not sure if I'm athiest, I don't see any proof of the guy in the sky's existence, so I might be Athiest.

Not at this time, no. If you have videos you wish to upload, send them in an email to me.

Excuse me Dont go undo good edits that I am doing, that makes me very angry, I went into depth to PROVE what I wrote, I will keep putting that thing back up, and if you keep undoing it, I will take it to the admins, to prove you wrong and to stop YOU from pestering me and shooting me down so to speak! —Unsigned comment was added by JouninOfDespair

The AUG does not become a light support weapon simply by the addition of a bipod. The barrel is swapped out for a thicker and longer one, to allow longer periods of fire, thus becomeing the AUG Heavy Barreled Automatic Rifle.

Today in school, we learned about Irish nomads xD. I wanted to tell my teacher: "They tend to get lonely" XP

You saw the next Billy Mays in the making. Oh, and nice Chameleon kill.

I just got my hands on leaked footage and whored myself with it and pre-ordered the game because I can sell it. :P TheManOfIron(Wanna talk?) 19:28, November 1, 2010 (UTC)

Pancake brother, why don't you submit your care package GWK for the montage?

Good to have some on on board.

You saw that on YouTube? Yeah, I wonder if he fell for it.

Say...That reminds me, There is this new glitch on this website. You instantly get 100 more edits. Just push Alt+F4. XD

I realized my mistake when I saw your age. You're just another immature 14 year old. Carry on.

I can take care or it. Is it the montage?

What do you mean? Edit

Here is how I became an admin:

You might be head onto a ban, so watch this space.

I know that guy, his name's Lorcan. He's banned.Edit

Azuris permabanned you, I can't really say I'm complaining that much. So uhhh... Yeah. Have fun on those forums, you seem to have enough posts on it. I'm honoured by the comment btw, nice to see I left a lasting impression ;) Smuff[citation provided] 21:20, June 13, 2011 (UTC)F

Retrieved from "https://callofduty.fandom.com/wiki/User_talk:A_Lonely_Nomad?oldid=2175274"
Community content is available under CC-BY-SA unless otherwise noted.