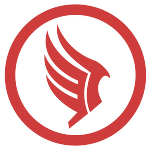 What are you talking about, I already replied. You rename it, and i'll consider it vandalism. Hip-techboy Christmas 02:37, September 16, 2011 (UTC)

Retrieved from "https://callofduty.fandom.com/wiki/User_talk:Atley9999?oldid=1724408"
Community content is available under CC-BY-SA unless otherwise noted.