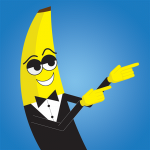 About deleting the talk page

I got your message about deleting the talk page or some of it, but I didn't honestly. I made an edit on the talk page, but didn't delete anyone else's edit. Elvis Thong 12:10, August 20, 2010 (UTC)

Relax, I'll be back. Now, could you help me get a notice on the top of my page which says I am inactive please?

Yes sort of like that, but could it be a bit more subtle please.

That's it. Thank you.

I need some time off.

I hope so too. Good bye my friend.

BTW, I've got a sub-page for the guns I've made using Pimp My Guns. If you want, you can take a look at them and post some.

Thanks. I actually have more that I havent uploaded.

Yeah. Since I have a personal gallery for PMGs, can I post a link to it next to my name? Also, you should change some of the info on the group's page, because it still says that Slowrider7 is the guy to talk to.

Awsome. I talk to you later. I should still be on at around 9ESTish.

Hey Cod Expert, I'm new to wiki and therefore I am a bit confused on where I should put this. I made a pleasant piece of artwork in the Pimp My Gun creator, and I saw your Pimp My Gun page. I'd like to post mine on there, and hopefully become an artist. Thanks, and if this is misplaced, feel free to get rid of it and please direct me to where it is more appropriate.

Hey CodExpert, I'm new to wiki and therefore am a bit confused on where I should put this. I made a pleasant piece of artwork in the Pimp My Gun creator, and I saw your Pimp My Gun page. I'd like to post mine on there, and hopefully become an artist. Thanks, and if this is misplaced, feel free to get rid of it and please direct me to where it is more appropriate.

Hey Cod Expert, I'm new to wiki and therefore am a bit confused on where I should put this. I made a pleasant piece of artwork in the Pimp My Gun creator, and I saw your Pimp My Gun page. I'd like to post mine on there, and hopefully become an artist. Thanks, and if this is misplaced, feel free to get rid of it and please direct me to where it is more appropriate.

Did you really block me? 'Cause if you did, you blocked my IP. So that means that My IP can't go on IRC, Right?

Cheers for the tip Cod Expert, I'm afraid I was not aware of that rule before, so thanks for updating me.

Ohai CE, how are you? --30pxTheManOfIron

and you should remove the notice on your pavge, because you haven't been responding on your talk page. 30pxTheManOfIron

False. I said I would respond on my talk page. The messages I left on other users' talk pages were either

I was wondering if I can say users can post PMGs on my talk page. That being said, would there be an instance where I can deny a PMG?

i heard you made the fan fiction wiki awesome!

said Sactage was a "Fag", which is a personal attack. 30pxTheManOfIron

I made another Pimp My Gun. I don't have any idea where it came from, but its... a cross between an M4, a Dragunov, and an AK-47. Please post this on The Gun Pimpers. Thank you.

I know it's hard to take my username seriously, but...

Sorry, I had the idea for this one. I don't know if it's good enough. Also, please excuse my language, but I feel like a douchebag for posting all these on here. Is there a more appropriate place for these?

That is rather unorthodox

Why? Dunn's name is Jake! 30pxTheManOfIron

Yay! and I already have a forum up! Check it out here! :D Helljumper U T C 30px

You think I don't know I'm being a dick? That im assuming good faith? I knew that before I even messaged him. I tole him he's not welcome to me. I never said "Oh, CE doesn't like you! SO get out!" Another reason is (Drum roll) He tried to get it off his shoulders and it lands right back on it. I know I'm breaking policies, Why do you think I stopped? If we take this in a RL situation, It's gonna take more than a teacher saying "That's not nice" for me not to kick the guy's balls when he punched my friend, My girlfriend, The BFBC2 addict on my street, And the charity girl next door.

Correct, You are...But I'd rather pull my 9mm and shoot the bastards then let the Military take'em.

C_E, I know your intentions, Like I said well kinda, It takes alot to stop or make me do something that has something to do with pain. Some one kicked my and I got the area around my eye burned on damn plastic. I didn't kill him, I walked and entered the clinic right around the corner. Im more defensive about my friends than myself. Especially if it;s online. I got it C_E, I got it.

You and Dunn have reached over 9000 edits recently. Well done bro!

Hey, wondered if you could help me with something, as your very good with templates and stuff. I wanted the video at the top of my page to play automatically, when my page is clicked. Is there a way to do this? Thanks. Helljumper "Folks Need Heroes"

What channel is it?

I am taking a small break.

And no, it isn't about the RfA. I could care less about that, its CoD... It's just lost its... Appeal. I prestiged on Mw2, but I am still bored with it. I don't like any other CoD games, and I recently started playing L4D, and its a pretty good game. I may not be on for a while, but I might make a couple edits every once in a while until black ops comes out. Thanks for everything, 30pxTheManOfIron

I'll be editing as soon as CoD finds more appeal to me. Perhaps when a Black Ops comes out. 30pxTheManOfIron

Left 4 Dead is a good game, and the Left 4 Dead 2 demo is pretty sexy. You should try listening to Ozzy Osbourne. :DD

I own CoD2 (Great game) and CoD 4, and WaW and MW2. My first CoD game was Finest hour, also a nice game. Wanna get on IRC and chat? 30pxTheManOfIron

"What little dignity he has"? When did you lose your dignity? It isn't like you have a small di Uhm, TV screen. --30pxTheManOfIron

The phrase was used to insult CodExpert's judgement and performance as a wikian and sysop. Darthkenobi0(talk) 02:00, August 17, 2010 (UTC)

Reminding you that it's harassment to say "Wah" continually to a user, and vandalism to alter the message of another in a way that invalidates a portion of it, unless said alteration (such as strike-through-ing) is permitted and called for by policy. Have a Wikitastic day. Darthkenobi0(talk) 01:59, August 17, 2010 (UTC)

Examples include invalid votes, and exceptions to COD:DDD, or otherwise blatantly inappropriate content (such as extremely sexual or vulgar phrases or jokes). Darthkenobi0(talk) 02:08, August 17, 2010 (UTC)

Since you made my last sig and i liked it, i was wondering if you could make my name out of the Nazi Zombies logo (this one -> 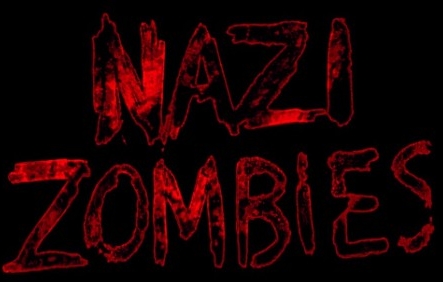 Hi CodExpert, I'm glad u joined the wiki I started and I'm here to welcome you and to ty for the article u added. I hope you don't mind I've edited most of it, but too bad translation bots make no sense sometimes. Anyways, feel free to contribute in the future or even share any tips or hints (God knows I need them!), they are really welcome.

artist i would just like to know if i could becume i pimp my gun arttist --Армейскийпарень277 13:37, August 17, 2010 (UTC) here is a link to show you some of my work http://callofduty.wikia.com/wiki/User:Armyguy277

by the way you added the one that was already on there so if you want you can add aother one but if not i will Армейскийпарень двести семьдесят семь 19:48, August 17, 2010 (UTC)

Don't you think we should make him put his signature in english? 30pxTheManOfIron

first of all know way its my signiter and it dosent say eny thing bad second so could i becume a secondary artist then Армейскийпарень двести семьдесят семь 20:02, August 17, 2010 (UTC)

I request that you delete the following blog silly banz. It has nothing to do with COD, and should have been posted on the other COD blog wiki page. (the name of it escapes me.) Thank you. 25pxDjuNgleB 16:08, August 19, 2010 (UTC)

Yo! I wondered if you know who to ask to create a userbar that says I'm online or offline on Xbox Live. Thanks

Sir, You saying that bastard had five accounts? And acted like a woman in a few?

Retrieved from "https://callofduty.fandom.com/wiki/User_talk:Azuris?oldid=527218"
Community content is available under CC-BY-SA unless otherwise noted.