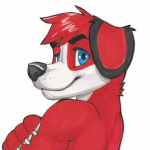 Is it actually called "Zombie Verrückt" in-game? I always thought it was jus "Verrückt", per what I read. I've only have any of the map packs, so I can't check for myself. I would say that whatever it is titled as in-game would be what we title the article as.

That won't work for me. I have World at War for the 360, and it lists Nacht der Untoten as being the final campaign level. I would need Live to get the updates that would list subsequent levels.

OK, we can keep it as Zombie Verruckt. I haven't been on PS3 later, so I myself cannot confirm. Sorry.

Seeing as we had a flux of Modern Warfare 2 article requests, we decided to try and get one from a different CoD game. Next month there will be a chance for a MW2 article.

is adding useless random shit to pages for the sake of edits so you can get ahievements and points.

It's making small, pointless, poor edits for the sole reason of getting the achievements that have been implemented on this wiki.

i reverted your edit because..... Edit

there is a archive template right at the top of the forum stating that it is an archive and not to edit it. yet you chose to ignore that warning. so it was reverted.

Hi. This is the article: http://callofduty.wikia.com/index.php?title=Forum:Proposal:_Remove_COD:AFP&oldid=537384

if you look at the tiime that i closed the forum and the time you cast your vote you will see that i had closed the forum before you voted. It was probably an oversight and it really is not a big deal. I just wanted to let you know why it was reverted so you dont freak out.

Not to be an ass, but, regarding your signature: the fact you have it as <font color="lime"> kind of makes it seem you're an admin, since we have our names hilited in an almost identical colour. I'm not forcing you to, but I'd appreciate it if you could change it to a different colour. Template:Signatures/Sactage 12:40, April 10, 2011 (UTC)

It's not a colour for a signatures, it's any link to our userpages, like User:Sactage. It only doesn't show if we override it with a tag. Also, change the <font color="violet"> in your sig to <span style="color:violet"> and the </font> to </span>, is deprecated HTML, and can be used for more. :p Template:Signatures/Sactage 13:18, April 10, 2011 (UTC)

It's ok. But put that the admins said it was ok in the edit summary next time. It'll help, alot!

Done, thanks for telling me about it.

Thank you again, I've fixed the template to your specification.

If you read the Forum:Eliminating the upload of Pimp My Gun Images., it states that any PMG uploaded after May 26,2011 will be deleted, but any remaining PMG's can stay. Make sure that the PMG's werent uploaded before then.

Only PMGs uploaded after May 26th 2011 are to be deleted. Per this.

I was browsing through the new images and I found mah images here.

I just saw that you uploaded my images to the site, so I instinctively thought it was for personal profit, greedy bastard I am. But nope, just for the SAS and PMC pictures. I'm BloodThorn17 on your friends list on Xbox, you know.

Call of the Dead characters Edit

They're not based off of the actors; they're supposed to be the actors in the Zombies 'verse.

The very fact that we had to split the articles shows that they are in fact two completely different characters for our purposes.

Except it wasn't my decision. It was the community's. If you'd been here when we took the decision you could have argued your point then.

A comment which was deleted on Raven's blog, the one where he states he won't get Black Ops II. There's really no need to bump dead blogs, and comments doing that will be deleted. DarkMetroid567Talk 02:35, August 30, 2012 (UTC)

If you want to get MMR Scope deleted, you're gonna have to make an AFD page for it instead of just putting the deletion template there.

Just letting you know I moved your post from Talk:Call of Duty Wiki to Forum:Combining_Small_Articles

If a blog has not been commented on for more than thirty (30) days then it is considered dead and should not be bumped.

Thank you for your co-operation, have a nice day.

A blog comment you recently made was deleted because it was posted on a blog that is considered "dead". Any blog not commented on close to, or over 30 days old is seen as a "dead blog" and is asked you do not comment on it.
You are still free to make comments; however, please make sure they are up to standards!
Thanks!

You may not know me, but I have recently been going through tones of images and categorising them, along with another user. I saw some of the images you uploaded, and wanted to say great job for uploading them! They were really great images, just a couple of them had to be renamed.

I heard the same from a lot of big YouTubers too, they should've really double-checked their facts first lol

Hey. Well done for winning our giveaway. Please fill out this form so we have your details to pass on. No one else will be able to see your submission, and I will likely delete the form after it has been forwarded to Jorge.

Thanks! Bioniclepluslotr 13:42, September 13, 2015 (UTC)
Hey again. I just realised I'd left out an important question on the above forum (asking for usernames). So if you're one of the users that have already put details in, please edit your response so that you can put an answer the new question. thanks.

Retrieved from "https://callofduty.fandom.com/wiki/User_talk:Bioniclepluslotr?oldid=2256518"
Community content is available under CC-BY-SA unless otherwise noted.