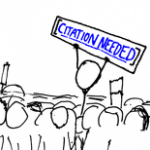 Seeing as you are the political activist of the Wiki, I think it is most appropriate for you to create a blog about this:

This man needs to be known by the Wiki, and we should know about this campaign. It started yesterday, and has steadily swelled to 1.3 Million views.

I know you aren't active much, but I know you can understand. Alright, I'll bear that in mind, just decided I'd mow though the page is all, thanks for letting me know.

I was reading some of your posts on the war room and I am just insanely impressed with your knowledge and debate skills. I have never seen one redundant or valid point you have made. Keep it up man. Beastly20 I Hate Myself. Nobody Likes Me. 00:59, August 15, 2012 (UTC)

You received the award as for your time in chat you have received no complaints from any users ergo you were applicable for the award, as was every other user with chat moderation rights. However if you wish to turn it down that is your choice.

Thanks Dr Almighty Bobel, I totally did all those things for the reasons you said and didn't just throw clips together. :P <3

yo bobel just wondering what your thoughts on this were: http://callofduty.wikia.com/wiki/User:N7/Sandbox/Canon Feel free to add any changes or stuff

So do you think we should do games > other IW/3arc stuff > acti funded stuff?

Hi, I had a dispute with some members regarding the locations of the Middle East. Some of them stated that the locations should just be based on what is shown in satellite imagery without regard to the actual level itself, the signs, the highways, building style, etc. I was apparently too late to discuss in the forum for this issue so therefore my suggestions are not valid when editing. I can provide a transcript of this chat if you need and other info on the talk page of Unnamed Middle Eastern Country, which has been deleted since the time of this posting. Please help me out here. I am simply trying to correct false information simply because it was agreed on in the forum as being "true". I agree with most of what you have stated in the aforementioned forum. Again, I would appreciate if you would help me out. I am knowledgeable of the COD Modern Warfare trilogy and its missions and things related to the Middle East. I was born in this region, and am very knowledgeable of all the countries expanding from Egypt to Iran, including the "Greater Middle East" (North Africa and South Asia). Thank you in advance. The Iranian (talk) 04:17, June 29, 2013 (UTC)

All information given was based purely on the users own real life experience, none of which is in-game barring certain scenery, as such all he has is just based on COD:IRL and personal speculation.

The satellite imagery speculation is in itself, speculation. The real-life locations not mentioned in-game but in articles also falls under COD:IRL. Only due to a forum was it justified, but the information on there is incorrect. Again, I have the transcript if you require it, sir. The Iranian (talk) 04:29, June 29, 2013 (UTC)

Look, this is all something that should have been on the forum. He has been asked to drop it since it's too late to bring it up. Much like the forum he fights what he believes is speculation with his own speculation with less backing aside from his real life experience.

As per chat discussion (transcript available upon request), I have been told to "drop it" because the forum overrides policy to have correct, constructive edits made to articles, at least from my understanding based on what Sam has stated above and in chat. Sorry for bothering you, then. The Iranian (talk) 04:36, June 29, 2013 (UTC)

No, the forum over rides what you perceive to be correct just because you live in the Middle East. I told you multiple times to drop arguing because the forum had just been closed and you were basing all your information on your real life information, and trying to discount game content so that it fitted what you deemed correct. I apologise to you Bovell for debating on your talk page, but this forum is closed, and unless Iranian wants to open his own, I don't want this going on any longer.

Just to be clear: I am using info in-game, which I will not provide here unless requested as you stated to "drop it". My real life information is related to stuff like national languages and city locations, which was used like on the satellite imagery in the forum itself, which is valid. I, too, apologize for debating, Bovell, I am simply trying to keep information accurate and my words from being changed. The Iranian (talk) 04:43, June 29, 2013 (UTC)

How come you won't provide your "info in-game"?

This whole discussion easily proves that the forum was closed way to early for a proper consensus to be made.

The consensus is fine. The forum started on June 4th, voting started on June 20th, and was closed June 26th. That's 6 days for the vote, and 22 days for the entire conversation, more than enough time was given for all input. This discussion should never of took place since I told the user to either drop the issue or make their own forum, as far as I'm concerned this has been resolved and shouldn't on involved any other users, which is why I'm sorry to Bovell he will need to log back on to all this.

@Callofduty4, I did provide it in chat which I have a transcript of if you would like, but I cannot further give evidence or anything because I have been told to "drop it" by Sam. If I am given clear permission to resume to give my in-game evidence, I would be glad to do so. Until then, I have ceased to provide more information as I just mentioned why. I hope this answers your question. Thank you. The Iranian (talk) 14:36, June 29, 2013 (UTC)

Thank you for your reply.

I no longer wish to pursue the matter I brought up. I am not sure if you saw the forum I made, but I chose to close it after finding it pointless to debate or challenge it based on the following:

- My arguments were weak and "all over the place", as a user mentioned.

- The community's consesus was already made via the previous forum, overriding the game's attempt at keeping it unnamed for a reason. The evidence provided in said forum was enough according to some users.

- I do not wish to upset anyone further, after having myself hurt over the matter, I just wanted some closure before moving on from this.

hi um some random admin blocked me off chat as i was telling him his view of 'speculation' was different that mine and the editing i did on some pages where infact true but he just said its a specilation and gave me a cocky attitude and just blocked me, im dissapointed and really upset cause i love editing on this wikia :(

Poor attitude in PM, refused to change it when asked multiple times, would not react well to being told he had no evidence to back up claims or why his edits were removed. Log saved for future use if required. Telling every other admin on the wiki won't help your case. hi bovell, i just wanted to welcome you back to the wiki since its been several years since youd last edited. sorry i didnt say anything sooner but i wanted to be sure you were back. anyway, again welcome back!

no problem. i messed it up at first too, had to change the redirects afterwards once i realized there was a page for the 3rd person modes, so dont sweat it.

Retrieved from "https://callofduty.fandom.com/wiki/User_talk:Bovell?oldid=2263692"
Community content is available under CC-BY-SA unless otherwise noted.