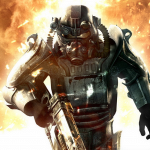 ...Got your popular culture right. He is the guy on the news saying he is GOING TO FIND THE RAPIST. Not a rapist. Why would they put a rapist on the news talking about finding another rapist? Also, it's completely awesome to scare vandals. They deserve less mercy than the Germans got in the Russian POW camps.

Leave me to my affairs, and I will do the same to you. Understood?

Actually, that was just ONE sentence. "..." is used as a pause. Based on grammar, the word "but" on that sentence should not be capitalized. You should also note that you started the edit war. --Ultra Force

Ok. Thanks for being civil. --Ultra Force

There are a few variants of the AUG, one of them is the HBAR version. That's the one featured in MW2's multiplayer. The assault rifle version is featured in singleplayer. Maj.Gage Talk. 07:54, August 9, 2010 (UTC)

Well if you cant take an apology, like most people have. Then... meh. Helljumper U T C

I have no idea where that came from, he's very welcome to come back. -_-

Oh, I'm a great user and admin, and I also know what I'm talking about.

Seriously?! You are being a dick to him and not assuming any good faith in him, he is welcomed to come back. Think if I've blocked you for a personal attack upon a user, than I post on your talk page, "You're not welcomed here, get the fuck out.", and then everyone else comes and says "Per CE"? How would that make you feel? --

So? Why even post that shit on Helljumper's talk page? You could of just said nothing. --

You do realize that if Helljumper took that the wrong way, and you two got in a flamewar, you would've been blocked, don't you? --

It doesn't matter if you've taken it too far, he could flame you because of what you said - you could have got mad and flamed him back - and I or any other admins would have to block both of you. If you're planning on telling someone their not welcomed here, just don't. I don't want any flamewars here. --

That's because freenode banned access to the irc.wikia.com gateway, try connecting from Webchat. --

It's not reskinned. I was saying that the only existing "C-130's" in the game are reskinned AC-130's. This is said in game that it is an AC-130. Therefor as far as the wiki is concerned it is AC-130. You're arguing the 'point' of a user with one edit who most likely just misheard the soldier and hasn't even bothered to say a single thing since then. And as for your comment about me making you look like "a huge asshole," feverently arguing a point to simply repeating yourself with caps lock and declaring "discussion ended" isn't a way to endear yourself to others, and your poor self control is not my doing. CAW4 02:02, August 15, 2010 (UTC)

I'm perfectly fine with accepting being wrong, but I also recognize the importance of having to be incorrect before that. And my comments were directed towards your bit of the MP5k 'stock' 'conversation,' which is only a page length above on my talk page, as I didn't believe that the wiki would declare consensus on you being, in your words, a "huge asshole" in the last 2 minutes, and your comment of not saying "STOP EDITING DUNN, LOOK IM RIGHT," had that exact same sentiment expressed towards the MP5k just a page length above. And speaking of ignoring things, apparently you didn't read even the very first sentence of my post above. Oh, and by the way, it's also very hard to take you seriously when the very first thing you said to me on the wiki was, and I quote, "You have no fucking idea what we do here," when I'd been here a year longer than you, and apparently did know more about multiple wiki policies. Especially when you follow that up by attempting to undo almost every edit of mine that I've made since then, even I'm undoing an edit where it was the user's only edit and was most likely a mistake of them hearing something other than what was said since the dialogue is being talked over. CAW4 02:28, August 15, 2010 (UTC)

And apparently you have a problem reading other peoples' posts, as I'd already read the page, saw that there was nothing that had anything to do with ammo, which is what I had been dealing with, and asking why it was being removed. As for your comparison, you treated me as a fool, insulted me, treated me as a new guy and even got an admit to tell you to calm down as your first impression. When you said that I had "no idea what [you] do here," it was perfectly within reason to note that I've been here an entire year longer than you. And (as for whomever you're referring to as C_E [a cursory search didn't return a user]), that's great for him, but I'm not talking about someone else, and you've managed to become a user with anger management problems who doesn't like to admit he's wrong until a couple of admins have told him that on his talk page in a fraction (1/4th to be precise) of the time that I've been here. That doesn't reflect well upon you. And referring to undoing my edits as a job, and then saying that you're "not up to date in CoD" makes it seem that the last sentence of my last post rings true. I have work tomorrow, so I'm going to be going to bed about now, and I'm hoping I won't have to continue to deal with this tomorrow night as well. CAW4 03:00, August 15, 2010 (UTC)

Re:I can't do it Edit

I'm not really sure how I can help, but if you want to voice your opinion, then you have to back it up continually with what you think. You are allowed to be entitled to your opinion, even if you aren't able to convince other people. Just because you can't convince anyone, doesn't mean that you are wrong, it just means you have a different opinion.

I'm not sure, what do you have to do to get that problem?

I do that so the admins can take action if needed. If I did not, then a vandal would go unnoticed, and allowed to strike again. YuriKaslov 01:55, August 16, 2010 (UTC)

I don't quite see the problem here. You are criticizing the fact that I am calling a vandal for what they are? Isn't that like saying that I shouldn't call a rat a rat just because it is a rat? YuriKaslov 02:04, August 16, 2010 (UTC)

How to join the ATEFI Edit

As most people in the ATEFI have had, I have had friends who have been utterly stupid about firearms while being around me.

At school one morning while talking to my friend:

Retard: Dude I know more about the B.A.R. than you do!

Me: Alright then, what does B.A.R. stand for? I'll give you a hint; the "B" stands for Browning!

Me: (Shakes head) No, it stands for Browning Automatic Rifle. Do you know what caliber it is chambered for?

Retard: No, because the B.A.R. is American, and all American guns are chambered for the 5.56mm.

Me: What the heck are you talking about? The FAMAS is a bullpup assault rifle, this magazine is in FRONT of the trigger.

Retard 1: Yeah, but it has the same sight.

Me: You moron! WHY WOULD I COPY A FRENCH GAY GUN?!? (If you want to know why hate frenchies (they don't deserve to have their name capitalized), ask me on my talk page.)

Retard 1: It has the same magazine, too!

Me: Get away from me.

Idiot: Dude, that's awesome! Do you have FMJ?

Me: Dude. The bullet tip is flat. It will already blow a hole in you the size of a baseball.

Idiot: Well FMJ makes everything more powerful! Anyways, how many bullets does it hold in one clip?

Me: A couple things. One; they're rounds, not bullets. Two; CLIP?!? It's a revolver. It has a cylinder.

I may type a few more incidents, but for now, just enjoy these retards.

Its finally nice to meet someone who is atheist. People dont realise thats its impossible to be completely open-minded and religious at the same time.

We can see the coding, ALN :P

It is not like that. In the story, (OMG SPOILERZORZ) when russia invaded the U.S., they were ultimately successful and proceeded to take over the world. 3 yers into russian occupation, a resistance group was secretly formed, and the story takes place 2 years after the formation of the resistance group, or 5 years after russia succeded. It is far from immediately following the liberation of washington. In fact, in my story, the rangers failed, and Washington remained under russian control. I would never steal an idea. Bumblebeeprime09's Quarters|Radio|Records 19:43, August 17, 2010 (UTC)

My fanfic takes place in a different time period. Also, my fanfic stars a completely different group than yours.

How about this: I will have it set as an alternate universe of my first fanfic, with the first chapter seeing the deaths of the teams. Yours seems to be ased off of the russian invasion of mw2. My first fanfic also had a russian invasion, but it was different than the MW2 one. Fair? Bumblebeeprime09's Quarters|Radio|Records 19:49, August 17, 2010 (UTC)

I saw it, but this should convince you.

Yeah, but I've never owned Merc 2. Mind you, you might have spotted me using my mates disc....Excuse me if I can't recall you :P

Yeah, all my usernames are under the T3hRogue emblem. :D

i cant find it

He had a lot of accounts, so I lost track, I think it was five however. --

That wasn't needed either. Regardless of whether or not he comes back, you were still feeding the troll.

It's undergoing a major re-write, but here's the basic idea: It takes place in 2010, the Zombie plauge has spread across the world, and a group of three friends fight their way from Boise to Chicgao, adding other survivors to thier group as they go. It'll be alot better then it sounds.

Yup! It's going to be a series, and the first book in it is the events of Nazi zombies. But I desided to start with the post-apocolyptic one due to the fact that I have most of the book already thought out. I don't have a title for it yet...

No one knew how or when it began, but in 2009 Germany went silent. Governments from around the world sent out Alpha Teams to contain the plague. But in the chaos they failed. The Zombie plague spread quickly, overwhelming mainland Europe in weeks. Russia and mainland Asia fell soon after. Africa fell in days. America closed its borders and had its Alpha Teams take care of outbreaks inside the border. In two more months, the world went to hell and America just watched. All it took was one infected immigrant and America joined the rest of the world.

Keep in mind that this is just the intro!

Okay, I changed it. I'll start on Chapter 1 now.

Do you have a ps3? give user name—Unsigned comment was added by Alexthepitboss

On hiatus for 3 days. Edit

My ass. You've been gone for like two months.

Retrieved from "https://callofduty.fandom.com/wiki/User_talk:BravoAlphaSix?oldid=1813999"
Community content is available under CC-BY-SA unless otherwise noted.