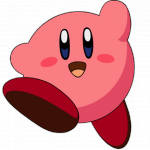 hey Carbonite, i couldnt tell you one way or the other which is correct. What I would do is start a forum on it and put it up for discussion. put your forum up in the Water Cooler and see what otheres have to say about it. Regards, File:20PX SIG.gif Talk 23:46, March 30, 2011 (UTC)

Your dilemma seems like it would require someone who knows a lot about what they're talking about. Try posting a comment or sending a message to Den Kirson and he should be able to tell you what the deal is. Shotrocket6 Talk 10:29, March 31, 2011 (UTC)

With and without Steady Aim, all MW2 snipers have the same amount of hip-fire accuracy.

Thanks for contacting me on this. I would have to say that I have never noticed any large difference in the Sniper's hipfire accuracy, and I would probably say they are near identical. If I have a spare moment I may investigate, but please remember that this is harder to test than most other weapons due to the very random nature of sniper rifles.AdvancedRookie 15:13, March 31, 2011 (UTC)

I hear u liek red linkz. I'll put all the links red!

I semi-protected it to prevent anons editing it. Just tell me when you're done and I'll unprotect it again. Smuff[citation provided] 17:52, April 9, 2011 (UTC)

Next time you decide to "spam" the RC with category additions, ask a bureaucrat to use a bot for that. It spams the RC and that gets annoying.DrkDragonz66 Talk 14:57, April 17, 2011 (UTC)

dont be removing welcome templates and replacing them with yours. 1.you violated [COD:DDD}] 2.that anon was already welcomed. 3. by doing that it appears to me that you are edit boosting. don't do that. its not healthy for you overall well being on the wiki. File:20PX SIG.gif Talk 03:56, April 20, 2011 (UTC)

you're freaking 1337 man, you beat me to tagging that arcticle with sdelete by 0.2 seconds. Keep up the awesome work bro.

hes continuously vandalising i fix most the stuff as soon as he does it but u should watch tooo clawdenxleave message here04:27, May 1, 2011 (UTC)

WILL U LEAVE MY ******* COVOY PICTURE ALONE! —Unsigned comment was added by sqaushyfire 1000

Thanks for letting me know of that.

The origanal video did not have all the labels, and they were distorted, besides what do you have aginst me, I put the other video up first then you removed it for the worse one.Codwillpwn 17:07, May 5, 2011 (UTC)

The Thundergun is definitely not infinite damage. Saying that it is infinite damage means that if anything is hit by it, it will die no matter what (this fits the descripton of the DG-2). However, due to the fact that some zombies that are hit by the thundergun do not die and instead slowly get up, it cannot be infinite. Sure, it has the ability to have infinite damage, but that is not always the case. Therefore, it must be mentioned that is it semi-infinite, due to this fact. If you have any questions feel free to ask! 85pxAJ.BialkeTalk!90px 04:14, May 12, 2011 (UTC)

Dont erase others posts its just not cool

(disclaimer that post was from MrFrosty11 and this one is me, firefunbro) If by post you mean edit, and erase you mean undo. and you mean the trivia for Not Ready to Die, it us fine. Whenever someone says who is singing the song in the trivia it is reverted because there are too many hints alluding to different people, one line could be taken as Richtofen's OR Sam's so Carbonite's undo was justified. sign your posts. Firefunbro 23:39, May 12, 2011 (UTC)

Retrieved from "https://callofduty.fandom.com/wiki/User_talk:Carbonite_0?oldid=902864"
Community content is available under CC-BY-SA unless otherwise noted.