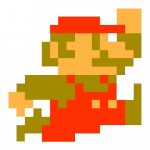 RE: A message Edit

I can't hear you over my '90s rave music. You'll have to type louder.

RE: Just to let you know Edit

That's because one's a wiki block, the other is a chat ban. Two separate things means two separate entries. Retrieved from "https://callofduty.fandom.com/wiki/User_talk:Cheese_Lord?oldid=1822052"
Community content is available under CC-BY-SA unless otherwise noted.