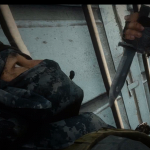 Re: Welcome back. Edit

Special:UserRights. You enter the username of the user you want to change rights for and the rest should be explained by the text provided.

Would you mind if I use this

You type /join #wikia-codprivate in the field of where you would talk and press enter. --

Please do not bump forums posts if you do not have anything constructive to say. This clutters the recent changes, and others can find it just find.

Wow, your amount of edits is legendary! I hope to get a decent amount eventually. No offence to anybody, but some pages contain very poor spelling and grammar. That's where I'll probably get most of my edits.

Thanks bro. I have very nearly spoiled myself loads of times. I posted a video on youtube and even that had the ending in the related videos. I can't believe I saw the [REDACTED], but it hasn't ruined it to much for me. At least I didn't see the whole video! Also dude, if you want to go on something cool and spoiler free, check this out. I am apparently Emile S-239. Boo-yah!

Awsome picture of Carter by the way! Who'd you get in the test I linked to you above?

Oh Jorge! Awesome "Let the big man do his job." Sorry for missing your post the first time! When I get on my other PC I'll show you my badass background! Also, if you wanna watch some Halo videos check out my [www.youtube.com/IAMNOOB1010 youtube]. I do have the first cutscene posted on there and some Multi Player videos but nothing to drastic!

The most badass Halo: Reach picture ever. Edit 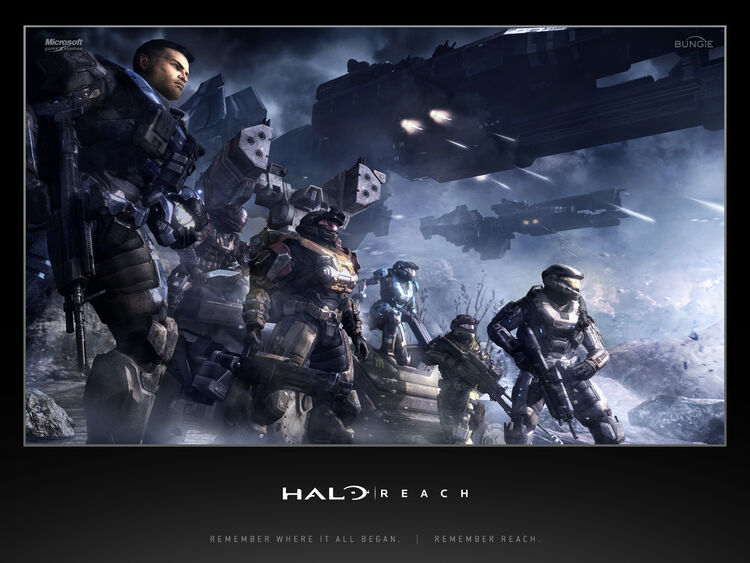 I don't know what you meanEdit

Wiki.png is not loaded in the beta, neither is common.css. I know the wiki skin pages for the new layout, I don't know what you're talking about.

Skaterman23 was a sockpuppet account of TheManOfIron. Cpt. Riley had sockpuppets as well, but they were unrelated to TMOI.

why does everyon think im tmoi? is there any proof? because im pretty sure im not tmoi

We had confirmation from Uberfuzzy that the two accounts originated from the same person after an IP check.

please could you put this on the gun pimpers page ? i think its good :)) you can resize it or i can put the bigger 1 again or whatever :)) —Unsigned comment was added by Cheesingfrogs

Oasis goes live some time in the fall. I don't know exactly when, though.

You know I've always thought you worthy of adminship, but I don't know how much you did in my absence (i.e. if it was enough to bolster the community's confidence in you). And of course, feel free to nominate whoever you like. Imrlybord7 13:42, September 5, 2010 (UTC)

You think that its near perfectly balanced but we won't know until the game comes out, when all the noobs find a perk combination like OMA dangerclose, which will be unbalanced.

And then it will spread and make Black Ops another MW2. maybe, but hopefully not.

Don't worry, you're one of the few that gets it without me explaining. It's quite sad, really.

Steam? Nah, steam is free man, dont worry about that. TNT Lordofthelargepants The Zipper and The Pockets 19:46, September 12, 2010 (UTC)

Wait, it was xsquirrelstewx, right? Otherwise, try adding me. Icemaster_1 TNT Lordofthelargepants The Zipper and The Pockets 21:22, September 13, 2010 (UTC)

ITS THE BEST GAME EVAR!!! I'm currently on Long Night of Solace.

Haha, its fine! Anything to make a fellow Wikian happy :D --

I sent you an invitation on Steam.

Cool. Have you finished the campaign yet?

Lol, I feel sad for Noble team and Noble 6 especially.

Yeah, I told him about that. Lols.

What stuff do you get at rank 1 of waw? Collector1

You still haven't accepted my friend invitation on Steam yet. Just a friendly reminder. :D

Oh I see. Its alright.

How do you put a Talk button on your signature?

If it's an F2 SPECIAL setup, then sure.

I'm not really sure. Proficiency with normal firearms and melee weapons would be a place to start, though, considering that I always seem to run out of bullets for my 10mm Colt.

Thanks, dude. I'll try it out later tonight.

You do realize that you voted against featuring a weapon because you're tired of featuring weapons, then went on to vote for featuring a different weapon, don't you? ArcboundMyr 22:27, November 30, 2010 (UTC)

I feel like a real dumbass asking this but how do you comment. It won't even show me the comment section on my laptop on any wiki! You were the most recent user to comment so I had to ask.Sniperteam82308 04:03, December 8, 2010 (UTC)

Thanks I tried the browser thing looks like waiting it out. Thanks I thought there was something you had to do for commenting. Also was there a recent wikia change because hotspots is gone as well. Or might this simply be another part of this glitch I am experiancing. Sniperteam82308 04:13, December 8, 2010 (UTC)

I'm experiencing absolutely no changes. I still have the small history dropdown, blog comments, and the toprights still coincide with other things. --Callofduty4 21:46, December 9, 2010 (UTC)

Yeah I did end up getting BO, went to the midnight launch even. Im first prestige lvl 34 I think, and tbh, I dont like it that much. I've been playing 4 waw and mw2 alot more.

Thanks, I was hoping to become an artist for the PMG page. I consider my niche 'action shots'. If you look on Cod4's profile, you'll see a Userbox with a AA-12 I made him. He already sent a recommendation to Azuris/CodExpert. Also, the avatar is and joke between me and him. He loves tails, I hate 'it'. So if you're on the IRC you'll see us fueding over tails. Sp3ctr3 130 Ki11er (Msg After The Beep) 04:56, December 18, 2010 (UTC)

My userpage is... Edit

I could go without trollish comments.

Hi. I saw that you said PGB's block will be lifted this year! But from what I've heard, another one will be put in place on top of it. Like a perma-block. As it were. Doctor Richtoffee Talk 18:05, February 4, 2011 (UTC)

call of the dead Edit

It's okay, but when you come back, remember to not behave in that same fashion. Then everybody will be cool.

I have no time now, but if you want you can email me or send me a message on another wiki, if it's secret. I'll get back to it as soon as I can.

I see. I asked because I am the only active bureaucrat on the Crysis Wiki. Perhaps I'll come edit the Far Cry wiki when I buy the first game. Shotrocket6 00:46, December 5, 2011 (UTC)

Yeah, I know what you mean. Crysis Wiki is probably less active than FC wiki. We only have about 350 mainspace articles, and there's just so much stuff to do it's rediculous. Shotrocket6 00:52, December 5, 2011 (UTC)

You should be over at the BF Wiki more often. Seriously though, there are only about seven active users over there, and I'm one of them!  Charcoal121 · talk

I left a message on Far Cry wiki. Would you mind checking it out?

Retrieved from "https://callofduty.fandom.com/wiki/User_talk:CoD_addict?oldid=2175387"
Community content is available under CC-BY-SA unless otherwise noted.