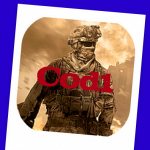 Hey it's me again. Edit

did you do that to my info box cause if you did then THANKS!In return i will tell you some easter eggs, glitches and cheats for call of duty world at war (ds) 1.In supply lines taking a right at the beginning, which will say "you are leaving the mission area!" if you keep going it will make a wierd song! 2.this glitch works in EVERY call of duty for the ds go to a door and walk in the skinny part. 3.in the russian multiplayer map in call of duty 4 ds go to a corner with trees and crouch down through the trees and you will see a snowman. well that's it--Dbx25 01:59, November 3, 2009 (UTC)

Whoa my brain is all freaked out! too many edits! I rember what to do and I sorta dont at the same time! help me! and please check out my page. No seriously got any good stress releivers? --Dbx25 02:16, November 3, 2009 (UTC)

Thanks a lot for your vote in the UOTM nomination.

Hey it's me again. Okay to get started on this message, i just need to ask you to go to my blog and readthe whole first page. Because it will not show up on recent blog posts. Also, please leave a comment on each one. Thank you. --Dbx25 23:10, November 3, 2009 (UTC)

The difference from this wikia and call of duty online is, I typed in some of the people my friends I played against. And to put secret hiding spots,glitches,and easter eggs posts about maps. --Dbx25 18:23, November 4, 2009 (UTC)

Where oh where could a good edit be? Edit

Hey check out my "Rules for a gun fight." and "3 ways to make sure a zombie is dead"

I think the article for the DS level already exists at Exodus (DS). Is that the right thing?

How do you make your page turn black? that would be pretty coll for mine... also,please check out my page ive upgraded it some more

Would it be okay if I used your poll? I'm just really curious about how many people visit my page.

Can you help with the modern warfare mobilized page? Because I edited it and we need the levels done. If you can get other guys that would be great!--Dbx25 20:59, November 24, 2009 (UTC)

My steam addy is slaughterer160. People please if you randomly add me without telling me i shall not accept your invite until you talk to me in my talk page and i shall accept.

Well, since they removed the console interactions, we no longer have use of the F12 button :( but you can still use the Print Screen (Prnt Scrn) key on your keyboard. You can use this to take shots of anything, be it games, web pages, or your desktop. When you see an image you'd like to capture, just hit the Prnt Scrn button. It can only store one image at a time, so be careful. Once you've captured your image, go into Paint, right click, and paste. Crop it to whatever you'd like, and you'll be good to go! SaintofLosAngelesXD(M) 18:46, November 27, 2009 (UTC)

hey im new to wikia and was wondering if you could help me make a awesome user page like yours :)

Yes, I get the same thing. I do not know what is wrong, and I don't know how to fix it. I'll see what I can do.

He's at it again.

Well, just because it's possible doesn't make it realistic. No intelligent person would ever try to do that in an actual tactical situation. But it is a game, it's supposed to be fun, not completely realistic. SaintofLosAngelesXD(M) 19:02, January 9, 2010 (UTC)

I need YOUR help! Edit

You have World at War, right? Here's a curious question... for multiplayer online, is the Nazi Zombies mode invite only or can you play with other people from around the world by joining a match?

Congratulations man! I hope you've enjoyed every second of it. *High five*!

What progarm/software do you use to edit your images? I'm curious how you made this image and this image brighter. I don't have anything fancy (like Photoshop), so I just use MS paint (Microsoft Paint) right now. Hax 217 01:05, February 6, 2010 (UTC)

Congratulations on your first 2000 edits!

Sorry it's late though...

Could you brighten this file a bit? It's nearly impossible to see when it's in a lower resolution. Thanks!

I tried looking there, and it was freaky as shit, but one thing is, what the hell does that have to do with Call of Duty? All it said was random shit and Hell is Purple. Please explain, it is just freaky.

What can you do on this wikia?unsigned but written by User:Interforce

Most of the Articles are already finished to capacity.unsigned but written by User:Interforce

I don't see the issue. Here's another one of my images.

Who was the one who blocked me from my own blog?

I believe I'm being a bit nosy, but for rollback rights, you have to ask a current 'crat, like Chia or Saint.

have rollback powers? I thought you would.

Ah, you'll get 'em. I did. and you have made better contibutions than me.

I'm still not sure about it. It seems like you want the admin rights too much. And it seems like you never get into any discussions. You should nominate an article or discuss a topic or something and get some activity.

Yes of course you can. However, I can't give them to you, only bureaucrats can. So contact User:Chiafriend12 or User:SaintofLosAngelesXD(m). I'm sure they will give you bureaucrat rights.

Oh wait, I just noticed you got them. Anyway, enjoy them, they come in handy. Good to see you've understood why I voted oppose on your RfA. I truly think you would make a fine admin, but at the moment there enough.

While clicking around, I stumbled upon your userpage, and one of the quotes that appeared on the top of your page was "Someone just took down our Predator! Be Advised! The Predator is offline! I repeat, the Predator is offline!". I've played through MW2's campaign many times, and I never heard Ramirez (does he even talk?), or anyone, say that. Where did you find that? Just curious.

Would you like to join? I'll add your details to the lists if you want.

What are your platforms?

I made you an image. I do it for everyone else, so why not you?

I need your help. And this time, it's not for xbox. Edit

You have PC, right?

Well, I need you to tell me what it's like inside of the wall in Nacht Der Untoten.

If you could do that it would be great.

"On the western side of the map, near the attackers' spawn, there is a building full of diagrams of weapons. The weapons are a Dragunov, an AK-47 and a 9mm Makarov PM pistol" - Salvage article.

Hey Cod1! As stated on your userpage, you have the PC version of MW2, so you're capable of taking in-game screenshots, right? I was wondering if you could get pictures of all the vehicles in the Museum, as most vehicle pages on the wiki have no in-game pics, only real life pics. Thanks!

Give it some time. I don't know whats wrong, and that's never happened. Maybe it has something with you being logged in on another computer...

I'll support you if you learn the tips on the wiki from your blog.

Have you been given them by any user? Saint gave them to me because he believed I could be trusted.

Hi Cod1! Whats up? I wanted to know if I could ask you some CoD and other questions?Thanks!

Well what other games are you into?

Besides video games what else do you like?(Movies,Music,etc.)

Is Dead in Ditches By Hollywood Undead? If it is thats my favorite song as well! Do you have any questions for me? I'd be happy to answer them for you!!

I caught up to you with my edit count! :P

I saw your edit on Museum/Trivia. Comment about that on my new forum here http://callofduty.wikia.com/wiki/Forum:Category_Cleanup.

I noticed you like Eminem.Nice Choice :) Live on Eminem.Best white rapper ever.

LOL wow I didn't notice that. Though the "s** on the beach" part was more noticable. ;)

I've done more than 100 edits today and got about 4 medals today for different things. Strange isn't it?

Congratz on reaching 3000 edits. Kind of a late congratz though, huh?

you know on your user page you have a quote from someone well im not sure but i think its wrong and im sure the desert eagle doesnt shoot the same bullet as the kalashnikov ? just so you know :)).unsigned but written by User:Cheesingfrogs

We would prefer it if you would let the Wikia bot do them instead, per this discussion.

You put a goatse on my userpage from an alternate account, which traced back to your IP, are you willing to tell me it wasn't you? :P

I think so too, so I've unbanned you. I'm sorry about that, in all honesty I didn't really think it was you anyway, but I thought it was better to be safe than sorry. Make sure you change your password, if you think you were hacked, and keep it as safe as possible :)

Retrieved from "https://callofduty.fandom.com/wiki/User_talk:Cod1?oldid=2091539"
Community content is available under CC-BY-SA unless otherwise noted.