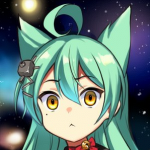 aka Silver the Hedgehog 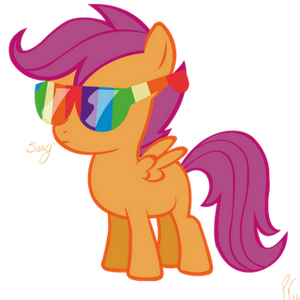 The mistake I made editing was completly unintentional and I apologize for the accident. Please feel free to notify me of any other accidental mistakes made editing in the future.

There's no point in unlocking it. Somebody will just come along and post in it again, or something of a similar issue, at least that's what I think could happen. YELLOWLUCARIO TALK  16:00, April 5, 2012 (UTC)

That's the beauty of archive searching ain't it?
I agree with you Sam and what you said. I still claim my point on there's always one person as I have showed you, but with minimal luck that won't happen. :P YELLOWLUCARIO TALK  17:40, April 5, 2012 (UTC)

It's okay with me to put them in may page, and it's also okay if I have to take some out, since it's the only way I can keep track of how much images I uploaded. Just inform me of any more image deletions and I'll do it on my own. :)

Please remember that when you close AfDs to change the AfDInfo template to the AfDInfo/Archived template to eliminate the red link that shows up after the article is deleted.

Congrats on the chat moddd

I thinks you can be trusted with it so congratsss

It doesn't really show the actual amount since I've done work with other images I haven't uploaded like renaming, licensing and the like, you can see on my page and the userbox that I've 1897 images but have done 2340 filespace edits.

It has to have an image? Thats a stupid rule. I dont think it will matter though, i do not plan to be active here....

If im inactive that means im not going to be leaving any messages... and i didnt mean for the big box to be around my sig

Re: "Your Recent Images"

To start things off, I'm going to apologize. Sorry for my previous message, as it was a bit rude. But in my defense, the way your initial message was worded made it sound a bit hostile to me. Anyways, I uploaded that Mi-8 trans image because the same image was already there in the infobox; the trans was just a bit rough on the edges, so I decided to redo it. The "feather-like" effect on my recent images is a byproduct of my transparency methods. I can remove it, but it's very time consuming, and wasn't quite noticeable to me at the time. But seeing how the wiki community has entrusted you with your admin rights/powers things, I'll take it that you're a more experienced user than I, so I'll follow your advice. Once again, my apologizes.   Hax 217    talk-page  19:41, April 15, 2012 (UTC)

So I've been told. After a debate in chat, I learned my error and have since fixed it. I already re-did two or so images that I re-named in-correctly and have been naming the more recent images of the sort as "Menu Icon" not "3rd Person".

It's probably mostly people new with the custodian tools (so like me). For clarity, I got the feel to name them as "3rd Person" from COD:IMAGE, "[Weapon] [Attachment/SOPMOD, Grenadier, etc.] [Action being depicted] [Camo] [3rd person/pick up/HUD/Menu icon] [Game].[file extention]". It saying "3rd Person" so broadly probably throws people off, I think it may be a good idea to clear that up on the page.

Well, assuming is a way to predict, but as the past has proven, predictions can come out false. It may be worth it to clear it up anyway, some people will likely just breeze through it and see "3rd person" without giving a thought to "Menu Icon", a number in a bunch of letters can stick out.

i request a pony pic please

Why did you ban me? Also, when can I go to chat again?

Sure, no problem, but Black Ops still uses the term suppressor for its weapons, and I believe there's a difference between a silencer and a suppressor, so I'll just keep BO in the Suppressor page. :)

Uhh I compressed it, that's not worth a bad image template >.>

YOU FORGOT TO USE YOUR SIGNATURE, YOU'RE SUCH A NOOB.

dis livestream software you speak of

I was going to revert the edit done done he Unknown Rifle, fo the Anon said it was XM8 and I people said it wasn't, and for some reason it said I vandalized it with IRL... why did this happen for I'm confused.

I don't know how good you are on Photoshop, but I'd like to ask a favor of you. On this page, we have circular icons for each game. I've looked for one for Crysis 3, but I can't find anything. Do you think you can make a unique icon like the other ones for Crysis 3? Here's the box art to work with. You can use any of the images you find on that wiki, also. Joe Copp 10:37, May 4, 2012 (UTC)

I fixed the names of the Scoped Mosin-Nagant in the CoD, CoD2 and FH sections. BTW I left some questions in the Image Overhaul Forum if you can answer them it'd be great.

I uploaded them to my user page, for my personal use. I don't see why I need to remove them. There are plenty of pictures on only one page on the wiki. Conqueror of all Zombies 01:26, May 8, 2012 (UTC)

I don't care if you remove the pictures from mainspace articles, I only added them since we had a lack of pictures of those two guns at the time. And last time I checked, we are allowed to upload pictures onto our userpage for our own use. However, give me a couple of days, and I'll remove them. Conqueror of all Zombies 04:40, May 8, 2012 (UTC)

That's great, you are now the leader of the Xbox event. If you need another judge for the Xbox then feel free to appoint one. And you must've signed on my talk with ~~~~~ because there is only a timestamp. elmo's

Have a happy birthday samaloo :]

I'm not really sure how is it called in English, since my GIMP is in Spanish, but I think it's called the fuzzy select tool, and I also use the eraser. The trans does not come out perfect, but at least decent. T4DZ talk

Well that's because I screenshot from YouTube, saved on Windows Paint, and then uploaded. Sometimes you just gotta improvise when Google Images fails otherwise.

Can you be able to help me license images for me?

Re: The "You have new messages" box

It's on my own profile so I have the right to have it there. It's a joke and if there have been complaints, it is just because I fooled them and they feel embarrased. It's not my fault they can't take a joke. I personally have gotten no complaints about it and if they can't say it directly to me, I have no respect for that. I had help putting it up personally by an administrator who is an old friend of mine as a light-hearted prank. If that doesn't give it the OK, I don't know what does. It is on MY personal profile and I have the right to have it there. You can argue with the US Bill of Rights on that one but I don't think it'll change. And by the way, just because I haven't editted doesn't mean I'm not around... --

Retrieved from "https://callofduty.fandom.com/wiki/User_talk:Crazy_sam10?oldid=1486818"
Community content is available under CC-BY-SA unless otherwise noted.