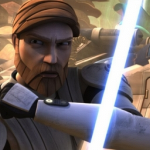 Hey, DN, sir, JSolars here speaking. Just wanted to wish you a Merry Christmas. Would give you my MW3 X MLP fic, but it's not done yet. So, I leave you with this delicious cookie and a CAR-15. -JSolars

Azuris banned you because you need to cool down. "f-ck damac"

You will be let back into chat in 20-30 minutes Also a warlock for managing to get through all lag.

Hi, you're the leader for PS3 group 4 on the event. Please make sure to add the guys in your group (you can remove them after it). If you want, I'll join up groups with you so we can have some large private matches.

P.S. make sure you're on IRC or Chat so we can communicate easily.

Finally got around to drawing/uploading Cadence... Lemmie know if you like her :3

Duck, I am truly sorry I mocked soccer. I didn't know it would upset you..I feel terrible. I just hope you can forgive me. Madnessfan34537

Hi DNthekos, I apologize for a generic message, but thank you so much for your support on my RfA, it really means a lot to me and I had no idea I would get so much support! Sincerely, PierogiTalk 15:21, July 4, 2012 (UTC) From a guy in COD Wiki Missed you, duck! Glad to meet you again, I kek'd (i think i understand what that means now). Retrieved from "https://callofduty.fandom.com/wiki/User_talk:DNthekos?oldid=2169907"
Community content is available under CC-BY-SA unless otherwise noted.