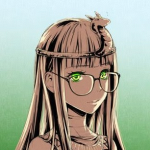 I did the thing -

Needs a little bit of spam.

I thought I'd add

Soon I won't be coming here, anymore. Contact me here: http://onepiece.wikia.com/wiki/Main_Page Can you please tell Aces Creed, Madnessfan, and FireBird of this, as well? Thank you. --Incandescent solar flares consuming rainbows in your hair... (talk) 20:15, April 12, 2014 (UTC)

Judging from your profile pic, your watching Ishuukan Friends? I'm watching it too. So far, it's pretty good.

Hey Deathman. Happy Easter! Could you do me a favor and mention mine and RisingSun's polls somewhere in the news? Both of us could hope for more votes for the future polls, and the news would probably be the best way to do so. Thanks.

A reminder, but would it be possible for you to add RisingSun's and my own polls to the news? It would be very much appreciated to both of us. Additionally, could you add the this forum to the news? Thank you in advance.

Okay, thank you for the response.

How do you do it?Edit

I just want to ask you, but how do you possibly find time to re-watch anime's beat almost all (if not all) the CoD on Vetran and still have time to make edits on wikia? I always thought it was impossible! Flutter-on 14:56, April 24, 2014 (UTC) Feel free to use ImagePlacement. Less chance it'll be deleted there.

We generally don't do blocks on demand. Especially since if a user gets a long block they end up being flagged up in the VSTF IRC, so if they get in trouble again they'll know if the user is a cross-wiki nuisance.

Second account is slightly different. Given COD:SOCK and all that.

Find Username, it's likely on his head.

Thanks for the heads up.

Please make a blog about this. I don't know how and I don't particularly want to try. Lol.

Apparently there's something going on with a mystery illustration.

Congratulations on the 10K+ edits. Sorry I was a bit late to the party and celebration though. Miller gave me a cake a while back, and I still have a little left. Congratulations on passing the massive milestone! I need to get there soon.

Do you play the love live mobile game? I've been thinking of getting it.

Apparently there is. I've heard that it's a really addicting rythm game. http://love-live.wikia.com/wiki/Love_Live!_School_Idol_Festival

this image is watermarked. i was wondering if you could remove it. well, i think its watermarked. if it means what wikipedia said. it says gameinformer in it. RisingSun2013 21:54, June 2, 2014 (UTC)

Man, that was a really sweet ending. I definetely would like a second season.

Also, how's No game No life? I heard it was pretty legit.

Trying to provide reason not to add info to a page...Edit

But Ravenswing keeps me from doing it. Its on the talk page for zombies (mode). There is something about a guy with Red Eyes for his rank. I'm telling the guy that in case he is suggesting that it be put in the trivia or the rank section, I'm saying it is probably a hacker playing, and doesn't really need to go into the section, but Ravenswing keeps me from deleting it...Smashman0 (talk) 17:51, June 28, 2014 (UTC)

Hey Deathman, how's it going? Could you block this anon? He keeps on vandalizing the status of various characters, even after being warned several times. Thanks.

Thank you. Hey, another question, do you have any ideas for bests and worsts? I'm doing blogs along these lines soon, and would like to hear some ideas users have.

I think the anon you just blocked is using other IPs, because this anon and this anon just changed the status of a character afterwards.

Now there's 3 total IPs vandalizing. Either the page needs to be protected or the IPs need to be blocked, although I think the blocks would be better as they'll just do it to other pages.

Could you please do something about those IPs please?

I was going to warn him, but i'd leave that to somebody else, as i didn't know what the standard warning message is, i knew it was something about "everyone is welcome to decent contributions", but not sure of the wording, thanks for doing it for me. I'd call for a block as i have had to undo about 7 of his edits...

You didn't specify a time and it expired instantly

Have you seen this yet?Edit

I was trying to do that, but the edits were conflicting.

hey, I saw this gameplay for CoD AW and noticed we haven't uploaded it or made a news post on it. I would do it myself but I remember my friend got into trouble for making a news post without permission on a different wiki so better safe than sorry. I gave this already to Crazy Sam but he hasn't done anything (unless my message didn't save) so I'm sending it to you. --Slow Reader (talk) :P 16:17, August 16, 2014 (UTC)

I noticed that, despite my lack of affiliation with any group on the wiki, is capable of editing the main page. And I was wondering why someone of my specific rank (an average user) is allowed to do so. I personally think it's expected to NOT allow people like me to edit the main page.

I honestly think it should only be open to edit by people like the Custodians or the Bureaucrats and higher. Just blocking unregistered users from modifying the main page, in my opinion, isn't enough. A person can just register into their account and try to mess up one of the most important pages on here.

Latifa is pretty frickin cute, but I think the same could be said with like all the other female characters in the show, especially since there is a surprising amount of um, . . . .  "plot" compared to other kyoani shows. Also, have you noticed something strange  about the name of the characters in the show?

You have to see these . They're amazing.

Oh yeah, I (finally) finished TTGL. My spiral power levels are like, over 9000 now. Higaboi21talk

Have you seen this one? I was quite impressed because it was one of the more unique openings of that season.

Also, it's december already, meaning that I'm going to have to rewatch a certain movie again. Higaboi21talk

Don't worry, I'll (try to) read Tokyo Ghoul. I was never really a big manga reader, so it might be a struggle for me; but it's worth a shot.
I also now have a signature thing on ma page, so feel free to leave your sig there if you want. Higaboi21talk

So, if I'm correct, you're rewatching the movie and rereading yuki-chan in one whole week? I guess since yuki-chan is set after the disappearance, (right?) I would watch the movie on the 16th, and then reread the manga after that. If I'm correct, the events of the disappearance end on the 24th, so you would pretty much have a week to read through the manga after you watch the movie if you want to get it all done that quickly. Last year, I basically watched the movie in different parts. So, for example, I would watch what happened on the 16th in the movie on the 16th, and then watch what happened on the 17th on the actual 17th.

Speaking of movies from kyoani, have you heard about the Kyokai no kanata movie they're planning? Higaboi21talk

Wait, so what did you want to do? I'm getting confused.

Oh, okay. Based on your explanation of Yuki-chan, I think your plan for the 16th to the 18th sounds good. Higaboi21talk

"The morning of December 16; it was so cold, and I mean cold; that if you took an ice pick and plunged it into the ground, you would shatter the earth into a million pieces."

Yeah, I saw it. Here's the translation if you haven't seen yet. http://www.crunchyroll.com/anime-news/2014/12/17/the-vanishing-of-nagato-yuki-chan-anime-staff-announced

Have you read any of the Haruhi light novels before? Higaboi21talk

You should. There's so much stuff that happens after the disapperance (like five novels of content)! In addition to that, they've all been translated, so you can probably buy them online.Higaboi21talk

Remember, Holo is about as useful box of spiders. You gotta manually add a ban reason. Twig (Talk)

Here's the wikia page about the novels. I recommend you read all 6 that come after the disapperance. The Intrigues is really good, but I've also heard that the Surprise is quite excellent as well. Higaboi21talk

Wow, i have a lot of messages on your page :o. Anyways, here's their new show. I hope it's something like kimi no uso from this season, but I have a feeling that it will be something like a 2nd K-on, which I don't mind either. Higaboi21talk

Ah, yes. NicoNico video always has the strangest , yet most  brilliant things, doesn't it?

In other news, TIL that DEMO got his account back. Higaboi21talk

Message on the K-on!! wikiEdit

I'm not sure if you noticed since you haven't stopped by for a while, but Alex T. Snow has a message regarding some admins and whatnot.Higaboi21talk

They have the character designs and the website up now! Higaboi21talk

Lol, all right then. What do you think of the chara designs? I think they look pretty good: although, I do think that Kyon seems a bit different from the main series.Higaboi21talk

That face when you kill a thalmor squadEdit Yo. I've been pretty busy as of late, so I haven't been paying attention to the current anime season that much. Any recommendations on what to watch?

Thx m8. I've been watching a lot of the season 2's, and the spring season looks like it's going to be pretty good, so I'm excited for that as well. Higaboi21talk

What color dress is this????Edit

YES!!! I'm so glad that Haruhi's back. The first episode was alright, but I think it's going to be hard for me to get used to the artstyle.

I also have a few questions:

1. What do you think of the show so far?

2. Is the anime pretty close to the Yuki-chan manga?

3. Is Yuki-chan just a slice of life/comedy, or is there more to the story later on?

Yeah, I'm not complaining much. I'm just really happy that something related to Haruhi is still being made.

Yo dawg, I know you like Maki, and it's Maki's birthday, so here you go.Edit PS: I'm going to Japan tomorrow (fuck yeah!!!!), so if you reply, I won't message back until like January. Anyways, have a happy holiday! Edit

Also Hi (yeah I forgot how to use this)

You should watch a movie called Expelled From Paradise, it's on Netflix. There's also Kill La Kill. I've been thinking about getting Rainbow Six Siege but I'm told that it's much more fun when you're playing with friends (Yes I still have friends). How have you been doing lately?

I just read two chapters of Tokyo Ghoul just now, I would fuckin cry if I wasn't able to taste Steak and Ice Cream good anymore. Human flesh better be the same as steak. I also need to get a more up-to-date sig someday. Anyway, did you know I accomplished becoming a Forum Moderator on MAL? A very late congrats on being an Admin btw.

Retrieved from "https://callofduty.fandom.com/wiki/User_talk:Deathmanstratos?oldid=2280754"
Community content is available under CC-BY-SA unless otherwise noted.