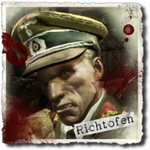 I completely agree. 12 volunteered to be xbawcks leader, might get on IRC for further discussion. PotatOSWanna Test?|My Own Test Chambers|Ohaithar 14:08, April 13, 2012 (UTC)

May I sign in the PS3 roster of CDWC? I have met the requirements. --

http://codmv.wikia.com/wiki/Home Click this link to see the other COD Wiki. It covers the movie versions of Call of Duty. You'll be granted to help.

When you see a flaming, UTP-breaching etc. comment, you can delete it rather than response to it. For example, an anon saying Cod4 is a brainwashed kid can be deleted since it breaches UTP. -- laagone (talk)  10:21, April 21, 2012 (UTC)

I need a re-invite to the elite clan please.

Yes i already had membership.

My old wiki account was Fluttershy_FTW and my PSN is VICE_xRebelion.

Hello, I was wondering if I could join CDWC. Madnessfan34537

The planning's going great. One or two hiccups now and then, but I'm ready for it. As for the progression, I'll make a detailed plan in a blog later but here's the short version:

I realised about Night of the Long Knives a few days after the date was set. I'll put a notice about it in the blog as well so people can be respectful. I've also never been called "Eltz" before :). If there's any no shows or problems just send me a message. elmo's

I've got a spreadsheet for the results, so I probably won't need the table. Sam did a fancy group-table-thingy with the spreadsheet so I only need to add it the numbers.

PS. I don't mind what you call me, anything is good. elmo's

They're both available for PS3 and 360, but I'm not certain about PC or Wii. We agreed in the discussion it should be default maps only, but if everyone in your group has them then feel free to swap them in for one of the maps in the rotation. elmo's

Good question, I hadn't thought of that. We'll need to see who goes through first. elmo's

Like I have already messaged you on PSN you seem to have added my spare account, which to be honest is very similar to my main account. My main account is Sorathesavior. which is similar to the account you added Sorathesaviour. notice the u. Very sorry about and I'm looking forward to facing you in the wiki tournament tommorow. Cammyboy555 (talk) 22:40, June 29, 2012 (UTC)

Sup Doc. To answer your first question (Clan Ops), I simply stopped doing them. Interest was incredibly low, I was lucky if I got someone other than me and one more person on. It simply wasn't worth the effort if a measly two people, or sometimes even only I show up. So I stopped doing them.

About your second inquiry (restarting it), I'll have to bow out. You see, I'm currently moving back to Europe and I have a shitload of things to do (amusement parks, get a new passport etc.), so I will be pretty inactive for a month or so. After that, when my dust has settled, I'll be open for such organizations, even though I honestly begin loosing interest in CoD D:. Anyway, I have a flight to catch. I'll be on in about 15 hours from now.

Retrieved from "https://callofduty.fandom.com/wiki/User_talk:Doc.Richtofen?oldid=1975883"
Community content is available under CC-BY-SA unless otherwise noted.