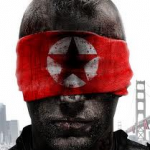 Please refrain from removing the text in that template: you're removing the text from the actual template, which affects every page that template is on. Either way, removing messages on your talk page is against COD:DDD (with a few exceptions), so doing it again may lead to a block. -- laagone (talk)  07:49, March 7, 2013 (UTC)

I didn't see this message before i removed it because of they way my email is ordered so i'm sorry about doing that. Oh, and 'removing messages on your talk page is against COD:DDD'. Why?

We generally want to keep any and all discussions, with the exceptions of blatant flaming, spam and meaningless ones. If you read the policy you get a little more closure. -- laagone (talk)  19:05, March 7, 2013 (UTC)

Since I don't want to continue making this an undo/edit summary war, I'm taking it here: Crash has very little similarities with Bakaara besides the crashed helicopter. There's little chance someone looking for Bakaara would end up on Crash only because the name of the latter is relevant to the crashed helicopter in the middle of the map. Besides, whether or not a map is similar enough to another to keep a {{For}} on top of the page (when Crash already has three of those) is usually looked at the map similarities more than if some one of the thousand readers could get confused as to which is which. The point is, I doubt there is any practical reason to have a mention of Bakaara on Crash, at least yet. If you have any more points, discuss it with me before making additional changes; I'm temporarily protecting the page for edit warring. -- laagone (talk)  06:53, March 11, 2013 (UTC)

To the latter I have no clue, I'll take that out. And one similar element doesn't warrant a similarity in whole, in other terms they're really different maps with different layout, different region (Middle East opposed to Africa), different factions, etc. Even the two crashed helicopters are different, as the other one's a CH-46 Sea Knight and the other's a UH-60 Black Hawk. Also, the other's interior is highly passable, while the other's is just barely. And only one has a minigun. Again, only one thing in common between two otherwise different maps shouldn't warrant a {{For}}. Maybe otherwise I would be fine with it to a degree, but one of the main reasons I don't want one on Crash is that it'd be more a hindrance to add another template on it when it already has three. -- laagone (talk)  07:28, March 11, 2013 (UTC)

No offence but I can't understand why not have the {{For}} just in case-I mean, better safe than sorry.

AK-47 in the Call of Duty seriesEdit

Just so you know, I hope I'm not lecturing you by doing this. This is just a reference in case you'd like to know.

Here's the AK variants found throughout the CoD series, but still with the same name:

Black Ops - Romanian (so it's not even Russian) AK clone, WASR-2. This is visible by the receiver and magazine shape.

Black Ops II - Returns to the AK-47, but still has some WASR-2 influence from Black Ops, and some other influence as well.

using different AK models every game probably was done to change it up a bit. There are many clones, copies, and efforts to reproduce it out there, so by the next CoD, you'd probably get another variant hitting your way.

CoD has a history of doing those things, such as the Dragunov in CoD4, MW2, and MW3 was actually a Chinese variant (visible by the full-circle front sight), and the RPK in Black Ops being the later-produced RPK-74 (firing a 5.45mm instead of 7.62mm round)  with some clear foreign tampering and influence.

Anyway, just wanted to leave that with you.

Thanks for the info, I didn't know most of these

Use of summaries Edit

Hey, since you seem to be undoing some few edits (which is usually good), I'd like it if you specified as to why you undo an edit, per COD:SUM. When you undo an edit, just put a small reason in the summary box before or after the "Undo revision 1234567 by Example (talk)". Oh, and by the way, Argo is a pretty big user in editing categories and knows what he's doing, so if you see him doing that, please don't undo it. -- laagone (talk)  06:37, May 3, 2013 (UTC)

If you're talking about using Theater in MW3 and BO2, I'm not exactly sure, I haven't quite used them at all, you can check if there's instructions here. And if you mean not through Theater, you're probably gonna need to have an external recording device (something like an HD PVR), which usually costs a hefty amount of money. I normally just record gameplay or take pictures on PC with Fraps. -- laagone (talk)  15:48, May 11, 2013 (UTC)

A message from tge overlordEdit

I have not played homefront but I am happy to see at least one perdon agrees with me.Fortune Payback (talk) 03:12, May 25, 2013 (UTC)FortunePayback

That's because I'm related to Jamsbond800 and we use the same computer. My predicted reply from you: 'A likely story' but I don't care, it's the ****ing truth. --

You may want to read over COD:NST. Also, if you are related it makes no sense you were still logged in to the other account when you made that comment. The bans will stay since your attitude is so hostile.

18:29, May 29, 2013 (UTC)
I think it's kinda odd you both seem to be in some discussions, such as the CoDG talk conflict, almost simultaneously on both accounts (it'd make more sense to have all input said by one account instead of both). You might also have put a note about that, as of now it seems you're making the story up. I would have also mentioned at least whom the relative is (brother, etc.) instead of the "I'm related to this dude". -- laagone (talk)  18:34, May 29, 2013 (UTC)

I'm intrigued that you managed to guess the relation. Anyway, being brothers does mean you share point of view, in general. I would have had no reason to point out the fact we are different people because that's like asking for a ban anyway. --

Now Jamsbond800 is banned and so can't defend himself. This is fundamentally wrong and since policies are such a big concern, AEAE. Banning someone from defending themselves is what cowards basically do when their arguement is weak.

Jams is blocked under COD:SOCK. Given the behaviour coming from both users COD:AEAE does not apply, especially since there is proof that that user is just you anyway.

Proof -- hahah, of course there's 'proof' because the person-swapping is hard to co-ordinate, as we've established. I'd like to talk to MLG because he is not trying his hardest to ensure  he never sees either of us on the wiki again. Goodbye until you listen, from

Look if you want to be unbanned do it with a proper attitude.

Are you MLGisNot4Me? Anyway, if you got unjustly banned, wouldn't you be mad as well (operating word being 'unjustly'.) By the way your sentence is missing a comma. My attitude is 'I like fairness and will not do with unfairness' just to clarify that.

Let's see here. You've got two policies cited at you, both fully valid citations. And you were found to be fixing another user's sig into yours. If it's not sockpuppetry, it's account sharing, and that's also against the rules. If it's an accident, then make sure it doesn't happen again after your ban is over.
You can play cat and mouse all day - holding a disdainful attitude isn't going to help your cause at all.

It CAN'T happen again because a REAL (not AI or bot) user was banned for not logging out. Also we have different account so account sharing is not a valid point. If the account isn't unbanned you will be informed when he (NOT me) creates a new one. Tell me when you come up with a policy I can't argue against. --

If you're so uptight about your brother or whoever not being able to use the account, why couldn't you just explain your behaviour, instead of acting so pretentious about it and putting words in our mouths? Like, if you had just explained that it was your brother and you will try to be more careful with your accounts, no one would be sitting here telling you to stop putting up an attitude. It honestly doesn't make it look like you're telling the truth. I want to believe that you two are siblings, but why should I when you're more intent on holding a negative attitude than talking things out in a straightforward manner? If you want bans to be changed, then please ask respectfully and explain things in a respectful manner. We're willing to do the same in return.

Give me three days, whereupon I'll be calm and I'll get back to you about Jamsbond's ban.

And why exactly can I not edit my own userpage during a block?

Hi, sorry for the late reply. You can't edit your own userpage because that's how the block system works - sadly we can't change that. I'll be watching out for your reply about Jamsbond's ban.

Retrieved from "https://callofduty.fandom.com/wiki/User_talk:Doublekill10?oldid=1961573"
Community content is available under CC-BY-SA unless otherwise noted.