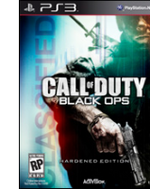 Welcome to the Call of Duty Wiki comrade! There's a lot to do around here, so I hope you'll stay with us and make many more improvements.

Recent changes is a great first stop, because you can see what other people are editing right this minute, and where you can help.

Please sign in, if you haven't already, and create a user name! It's free, and it'll help you keep track of all your edits.

Questions? You can ask at the Help desk or on the "discussion" page associated with each article, or post a message on my talk page!

Need help? Look no further than the Help Directory. It has pages to help with any problems you may encounter. You may also place {{helpme}} followed by a question here in order to get direct assistance from another user.

I'm really happy to have you here comrade, and look forward to contributing with you!

Then replace "YOURNAME" with your user name and save the page. Voila!

Re: User of the Month Edit

Well, if you fill out your edit summaries, you're in luck. I just went through my Contributions page and meticulously counted out how many new users I welcomed, writing down the number every so often. If you don't fill out the edit summary, though, you can just look through your Contributions page and count how many User Talk page edits you made with a bold N next to them. This indicates a new page in a log, or your contributions page. Good luck getting them all accounted for, --  Ari "Akyoyo" MacIsaac · Talk  22:04, November 6, 2009 (UTC)

Sure, go right on ahead. Add me if you want. PSN: Maj_Gage

Awesome. Nice one! I'll use it.

Hell yea man, it's going to be EPIC.

It was actually the guy who originally added the list of weapons, Geoff97. I don't know if it was on purpose, or a mistake, or some weird coding glitch. SaintofLosAngelesXD(M) 02:15, January 21, 2010 (UTC)

Just put your name one wherever it applies!

Instead of typing "E.TALE", try typing "[[User:E.TALE|E.TALE]]. Tell me if that works. If it doesn't work, proceed with asking Darkman, Joey, or Chia (I'm horrible with coding, so I'll have no other clue).

We are working on some sort of online gathering, but being a multi-national clan it is quite difficult. At the moment it's more a play with whoever is n your clan when your on sort of thing. Doc.Richtofen 23:19, February 17, 2010 (UTC)

Care to contribute to my blog article? It's called Save Them! Also please post this on other user's talk pages. Thank you. :)

Thanks, I didn't think anyone would actually post it.

As you are aren't an administrator I can only give you the Vandalism Template and Signature buttons. I'll add them to everyone who applied in due course.

That is correct, yes.

Have you fixed your problem with welcoming users? If not, I think I know what the problem is. SaintofLosAngelesXD(M) 23:54, March 3, 2010 (UTC)

Alright, what you're going to want to do is go to your preferences (under the "MORE" button in the top right corner). From there, click the "User profile" tab (should be default) and go down to where it says "Signature". Check "Custom signature" and put the your signature template in the box. That becomes your standard four tilde signature, which is what is used in the welcoming templates. Message me back with any further questions. SaintofLosAngelesXD(M) 02:45, March 4, 2010 (UTC)

Hey, bro, if you're interested, go to my userpage and scroll to the bottom. There you will find my guns made with Pimp My Gun. Thanks! --

For complimenting my guns. --

I honestly don't know. Some people just go inactive with no actual intent to and just disappear off the face of the map, which is what I assume happened to Son of the Witch-King, but Creepy has come back before, so I expect him to come back sometime in the future.

Glad to see you aren't taking it hard or anything. Unfortunately, we have so many sysops now that it is probably going to be much harder to become one. But as CoD7's release date approaches and sysops sway in and out of activity, it should become more doable. Imrlybord7 01:21, April 3, 2010 (UTC)

You shouldn't wait to ask for rollback. There's no reason to. Just ask Chia or Saint and I'm sure they'll gladly grant you rollback rights. Imrlybord7 02:10, April 4, 2010 (UTC)

You might not even remember you asked me for some extra editing buttons. I've finally got round to giving them to you. Now, when you edit, there should be 2 new buttons. One is for the Vandalism template and one is for your signature.

I'm really sorry about being so late in giving them to you. I completely forgot and I only remembered after looking through my past talk page archives.

It did slip my mind :/
Do the buttons work?

Cool. They are quite a big help, typing it out every single time is quite time consuming. I could make a signature button for everyone but unfortunately not everyone uses the same template name format.

Damn, I'm sorry. I never knew that. Thanks for letting me know of that, now I have another CoD game to look forward to :)

Go ahead and create this page: Call of Duty: Modern Warfare 3. Remember to provide the wikipedia link as a reference. I'll fully protect the page once you are finished.

Almost forgot to mention this, but you now have rollback abilities. Basically, it lets you undo the latest edit to a page with one click. This is very useful for when a page is vandalized or someone makes a dumb edit. Darkman 4 08:15, April 17, 2010 (UTC)

Thank you very much!

Yes, all of my Userboxes are free to all wikians. --

Yeah, I think so.

I'll probably move the protection settings back to autoconfirmed either tomorrow morning or tonight. Darkman 808 just protected it because it was getting a lot of unsourced crap.--WouldYouKindly 23:32, May 17, 2010 (UTC)

I'm not one of the ones handling protection on the Black Ops page, but if it gets to be an issue one of us (the admins) will just move it down to semi-protection. And if that causes issues we will bump it back up to full protection. Maybe we could semi-protect it but be strict about issuing short blocks to users who mess up the page. Imrlybord7 22:45, May 18, 2010 (UTC)

Ok, I wanted to see if I was going to have the option of editing it if I found something interesting in the trailer. Thanks again. E.TALE Barracks Headquarters 22:57, May 18, 2010 (UTC)

sorry im not good with userboxes and I was wondering if you would put the This user cant wait for blackops on my page?

Thank you. Oh by the way how do you do the chart with the picture, nicknames and factions for a player because I cant figure it out.Sidewinder82 21:16, May 23, 2010 (UTC)

Remove anything you deem is unnecessary or wrong. Sure, go ahead.

When E3 happens, I'll change the protection so users can edit it.

Fixed, I also deleted the first image because it was a duplicate and too small to really see anything.--WouldYouKindly 00:16, June 15, 2010 (UTC)

Yeah it was a simple fix. The Gallery just somehow ended up between the = signs for the header, and that messed up the layout.--WouldYouKindly 00:20, June 15, 2010 (UTC)

I am absalutly positively certain my ps3 contains no hacks, passable glitches or viruses. A Lonely Nomad 21:27, July 15, 2010 (UTC)

Could you please stop adding nearly irrelevent categories to the game articles? Consider it something of a warning for achievment boosting. Thanks. Dolten

It's alright, now you know not to. =D Dolten

I actually had spotted that right after it happened, but when I went to block him the page wasn't loading for me. I took it up with CodExpert via IRC and he got him. Thanks for the message anyway.

Unfortunately, at the moment there is no way to get them back. Personal wikia.js pages are not loaded at this time, but I would expect Wikia to fix that and at some point they will be able to be used again. When I find out the page is loaded, I will make it for you. --Callofduty4 01:43, October 27, 2010 (UTC)

Retrieved from "https://callofduty.fandom.com/wiki/User_talk:E.TALE?oldid=1938950"
Community content is available under CC-BY-SA unless otherwise noted.