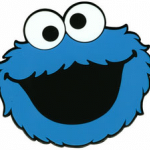 Hello, I have a couple questions for you. Why won't it let me edit some of the pages like the one about Yuri? Some pages like the Shepherd page won't let me go into visual editing, why is that? My last question is do you have any ideas on what I can edit? I like writing about interesting facts or little known facts too. Sorry for bothering you, I'm sure you get these questions all of the time. Thanks again and have a nice day! —Unsigned comment was added by YooperTroopa

Not playin it now.

Walrus wants you to contact him in regards to my chat moderator rights.

You.. You're going inactive?

hey. i need the devil emblem. what i have to do, to get the emblem.?

*reminds you to put something on the very secret sandbox*

To prevent any possibility of offense and to make clear that recipients of our awards aren't claiming to be recipients of actual military medals, the ribbons we have for our awards normally have their color schemes altered so that they resemble their real-world counterparts but are actually separate designs. Could you reupload images for the tournament awards with modified color schemes?

Just wondering, for the MW3 tournament, are Overkill and the Riot Shield banned? I know they are in GB Variant rules, but I wasn't sure if we are going completely by GBV rules. Ownerofownnage 22:11, May 7, 2012 (UTC)

I just wanted to say I'm perfectly down for all the judging and stuff for Xbox. I figure it'll be good if you get some judges that aren't actually competing, fairness and all that, but the sign-up page didn't really show a spot to sign up for being a judge so I'm just telling you directly. 06:19, May 10, 2012 (UTC)

Oh, so I did. whoops. Anyway thanks, am I drawing up the tourny tree? Or did you already have that covered for both systems?

call of duty must be like halo but in the future

I see that you made a new revised ruling for the mw3 tournament, but why do we need attatchments taken away, it's now like a type 95 or anything? Can you change it?

Im sorry to put this on your page but when im writing done everything for the MW3 FFA event, on that page, it doesnt let me so ill write it here: May-U-Explain, ilanab35 , CST

For the FFA tour. are we restricted to one class chosen by us, our we can switch classes whenever we want while playing?May-U-Explain? 12:26, May 23, 2012 (UTC)

I'm just curious on how I'm judging the matches. Will I be attending the matches when they are on? I'm only asking as you've designated people leaders so I'm not sure wheter I'm still judging or not.

Out of interest are we using a method like this in a fashion where winners move on, losers are knocked out? Or are we going to try and find a way to involve everyone for more than one match? The latter seems harder to map.

While the coding doesn't work as I intended (where the highest score automatically highlights) it does what it needs to. Here is a link to it, I'm unsure if I can add any more players, but I can most likely extend number rounds.

Why did you delete my page.Edit

If you want a reference its in the Reveal Tralier at 1:45 and if you want it looking neat i'm sorry i don't know how to do that. —Unsigned comment was added by Adolf Hipster

OK, I thought it will add something to the "Ships" of Black Ops II since there was nothing there. —Unsigned comment was added by Adolf Hipster

how do i do that can u do it for me please?

Well, I read the blog post on May 21st, 2012. I was wondering whether I could join the Asia/Australia Group 7.

If I can, here is my information, if not, I thank you for your time ^_^

Thanks for waiting heres my info for the tournement.

thank you for the spot

question about my behavior Edit

Do i really sound like i'm Intimidating, because it makes no sense to me yellow lucario think i harassed him and i didn't it? he got upset over a profile thing of mines. before anybody loses their god damn mind will somebody tell me their point of view why they think i'm mean so i can avoid it in the future.Dan67 14:30, June 9, 2012 (UTC)

It makes sense, you badmouthed Kat and Elmo then you decided to badmouth me after a warning. Just go with your block and after a week come back and don't do it again. YELLOWLUCARIO TALK  15:48, June 9, 2012 (UTC)

I'm sorry it took me so long to respond, but I was just waiting for a sensor bar replacement, which I now have.

Hey Eltz, how's it going? I'm just going through making sure my group is ready for the tournament, I have one question though. I'm slightly confused by the progress that people will take. I understand the top two of each group then go through to the next round. But then what?

Right I think I get it now. Just a few quick points to clarify:

I'll probably do a nice table for you anyway, and I'll post it on your talk or something. Hopefully should save you some work, or at least put the data in a more readable form. Also probably a good idea just to make people respect NoTLK, not that many will likely say anything offensive. Let's keep the knives to MW3 eh?

Also, about the maps. Two free ones were released for the PS3. From the looks of them they may be suitable. What do you know of their availability on other platforms? DrRichtofen (Talk) 21:01, June 20, 2012 (UTC)

Oh sorry didn't realise that had been agreed. I don't think I will to be honest, otherwise the route will be different compared to everyone else. Better to keep everything standardised. DrRichtofen (Talk) 10:39, June 21, 2012 (UTC)

I think its important that its one of the group leaders who made it out of the groups. That way they are experienced and it saves numbers, giving less lag. I suppose it will be decided on the 30th. DrRichtofen (Talk) 16:35, June 23, 2012 (UTC)

I am unable to attend the tourney on 30th June, as my parents have confiscated my console. I have passed the role of leader of Group 7 to Thunderbolt/AndreFLS. Apologies for informing you on such short notice.

Can't Make It As Well Edit

Gosh Eltomo, I'm so sorry for the late informing, but I can't make it as well. I've got personal reasons laying all over me - it's bad enough that I can't even get on the Wiki regularly. Sorry mate - guess I'll have to pass down leadership of the group (with 4 people, excluding me) to Guitar t-bone with your permission. — Thundervolt (talk) 16:08, June 23, 2012 (UTC)

I would just like to notify you that Aces Creed can't make it to the tournament tomorrow so he put me as the group leader via Chat. I'm just making sure there are no complications in anything.

Hey Elmo, something has come up and I won't be able to make the tournament. Please find a replacement leader ASAP. PotatOSWanna Test?|My Own Test Chambers|Ohaithar

Unfortunately, I can't make it to tonight's tournament match, so you're going to have to find another leader for Xbox group one. Apologies for short notice.Phillycj 13:49, June 30, 2012 (UTC)

Sorry for the short notice, but my plans have changed and I can not make it today.

I won't let you down, I will do my best.

But what do I do exactly?

Thank you for organising the tournament, even if it did not work out that well in the end. You put a lot of work into it and we're thankful for it. Well done, it's not your fault 75% of people decided not to turn up.

You did a wonderful job of getting it all organisised[sic].

Thanks for all you did Elmo, even though it didn't work out. Madnessfan34537

Even though i did not join the event, we recognize your effort. You did your best, and that's what matters. <3

Hello Eltomo, thank you for organizing the Tournment for us and thanks for making me Leader of my Group even though it didn't work we still had a great time.

Thanks elmo sorry about not being able to make it :/

You are great elmo, please don't leave. Thank you for the tournament.

As none of my group showed up today, I have decided to reschedule the Tournament for the Wii to next Friday at 1800 UTC. I have the full details in this link: [1]

Hey Eltomo85, I'm so sorry for what happened today with all the drop outs leading to the cancellation of the event. This is really not how I wanted it to happen, and I had absolutely no idea I would lose my time at short notice. I, on behalf of all those not present, am truely sorry about not being able to make it.

I recognise and commend how hard you worked in organising the event for the community. It was an extremely difficult task and I believe that you pulled it off to a very high standard. Nothing but positives for you on this, nothing bad is your fault so no need to worry about that.

I also understand that you have now left the wiki. This saddens me as well as plenty others within the community. I understand that this may not be the best time for you, but we all wish you to return soon. Please message me here or via e-mail (details on my user page) as to the exact reasoning on why you are leaving. I'm here if you need or want me. DrRichtofen (Talk) 22:42, June 30, 2012 (UTC)

While I know you have left the wiki and thus may never read this, and Doc already said everything I could think of saying, I just wanted to say goodbye. What happened to the tournament wasn't your fault at all. The majority of my group showed up, and we were on our third game before it was cancelled. After it was, we had a blast playing in private matches for three hours afterwards. Good luck in the future and I hope you return soon. The wiki won't be the same. Conqueror of all Zombies (talk) 03:54, July 3, 2012 (UTC)

If you're still aroundEdit

Hopefully you'll get this message, I was hoping you could promote someone in the PS3 CDWC ELiTE clan so we can start adding users to it, since you were the leaser and you left without promoting anyone we've been unable to add any more users to the PS3 side of the clan, and since the name is taken we can't create a new clan. If you could reply that would be much appreciated.