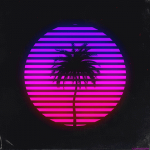 Your notes on Gold camo being trivial, are not in fact trivial. They're subjective, which does not belong on a wiki. COmparing the types of Gold camo should be done in an objective manner on each of the sections of the page, but it is not trivial. Trivia would be hidden messages on the texture, or a specific part of a gun normally not affected by attachments being affected by it. It does not however, include the looks of a camo compared to others.

If you wish to talk about how a camo looks, instead of ranking them like a poor WatchMojo youtube video, please direct them into the respective sections where you can talk about how dull, shiny or obliquely coloured they are.

Retrieved from "https://callofduty.fandom.com/wiki/User_talk:ExodusBF4?oldid=2469561"
Community content is available under CC-BY-SA unless otherwise noted.