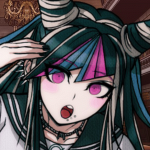 Heey Fear. I'm not exactly sure if you're the person I know, but if you are, message me back. :P I'm THEgordo1, the guy who normally plays with FAactions. What a coincidence!

A blog post or comment you recently made was deleted because it was posted on a blog that is considered "dead". Any blog not commented on close to, or over 30 days old is seen as a "dead blog" and is asked you do not post on it.
You are still free to make posts; however, please make sure they are up to standards!
Thanks!

After searching for a lyrics video for A Little Piece of Heaven, I saw a familiar name (even though you haven't seen me much here since I don't do chat) and also peeked a little of your other videos. So I obviously had to leave you a message about this, because coincidentally seeing someone you recognize on the internet is quite rare. -- laagone (talk)  22:34, May 22, 2013 (UTC)

Where'd ya get that profile picture?

In future when a user is violating policy, instead of ignoring it please ping me so I can appropriately deal with the user.

Do not panic. This is a test of the public emergency alert system. Please remain calm and return to your activities. Thank you. TheUltimateH4M Talk 02:10, June 8, 2013 (UTC)

got no idea why you removed fact about the sliquifier, clearly you havent tried this. to busy putting pony's all over your page.

An image you recently uploaded, "Yav.png", was considered to violate the image policy as it was one or more of the following:

Just stopping by to say good images :D. One thing : are you playing bo1 on PC?--

Hey thanks for clearing up what you said in that yt vid, what I got from it is that you were one of those bronies who think anyone whos not a brony is a retard for not liking a MLP in the first place. Thanks for clearing it up. : P

Hope this doesn't sound stupid to you but I don't know where I would get a source for the phasing jingles, or where to put it. Also, my laptops messed up somehow, and won't let me edit on the wiki in source mode. Any help on the jingles would be greatly appreciated, and I'll put the source up when I can and if I can. Thanks :) Thewunderray (can't link either :I)

Oh, there IS a yt vid with the phasing jingles in it, this is the one I listened to. I might have typed the link wrong. Bah, just search "phasing perk jingles" in yt, its definitly in there. -Thewunderray

It isn't the one I saw, but all the jingles are in it so it'll do :)-Thewunderray

With which she would play all afternoon

She didn't want to let it go

That was one of the things Pinkie noticed

As she was lifting up to the sky

By the balloon that first seemed really light

Pinkie watched in amazement the scenery around her

From the Everfree Forest to Canterlot and it's castles

As it was new for her to fly

She saw Pinkie floating with the balloon

And followed her as the wind blew

The knot was untying

It was too late

Rainbow Dash rushed to her rescue

And saved Pinkie before she would hit the ground

They sighed in relief as the landed safely there down

As she watched the balloon go up high

Pinkie became sad, because she really wanted that

And gave it to Pinkie, who let the pegasus play with it too

They had fun with the balloon

They played all afternoon

The night came and stars filed the sky

And before they had to go back their houses

They started to giggle and they hugged each other.

I don't want to argue, but is there any reason why you deleted my post because of an "COD:DDD Exception?" All I was doing was stating on how he looked. I've seen posts on other talk pages with messages synonymous to mine and with the COD:DDD violations and, yet, they have not been deleted.

What did you edit on default weapon after I addedthe image?

Hi. You probably know why I'm doing this :D

Because you didn't accept fearSTGruvaw as your lord and savior.

Oh yes I have. I now pledge my soul and life to the Epsilon Program  Catdoge.

Thanks for the support on my RfA Fear :D --

Just saw that it's your birthday today. Thought I would leave you this..... Due to your unacceptable behavior on Call of Duty Wiki Chat, you have been banned by KATANAGOD. Your ban expires on December 14, 2015, and the reason why you were banned may be viewed in the December 14, 2015 (UTC) ban log. You can contact the moderator who banned you to see if you can be unbanned, however it is very strongly advised that you read and review our policies thoroughly before you reconnect.

Retrieved from "https://callofduty.fandom.com/wiki/User_talk:Feargm?oldid=2276692"
Community content is available under CC-BY-SA unless otherwise noted.