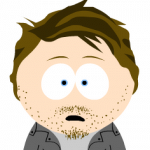 Yesterday was the first time I was asked. Since yesterday is within last month, I did technically speaking. But all the discussions that happened were prior to that. — Flightmare (talk) 17:16, April 29, 2015 (UTC)
I should have specified clearer. Apologies. I meant back in March, when the bot was added to the wiki as a user. (Also, no, I generally dont stalk your page. I probably SHOULD). Anyways - just checking as the other admins didnt either. Timeoin•Say G'Day•View my work 23:16, April 29, 2015 (UTC)

Just letting you know, too, that block was done after speaking with Wikia and getting their advice. Pleasr dont unban - its important to at least warn him for flouting our rules repeatedly :) Timeoin•Say G'Day•View my work 21:12, April 30, 2015 (UTC)

Retrieved from "https://callofduty.fandom.com/wiki/User_talk:Flightmare?oldid=2224340"
Community content is available under CC-BY-SA unless otherwise noted.