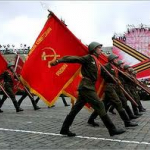 For The Soviet Union

Your edits are incorrect, please stop re adding them. The page has been protected due to your edit warring, any future occurrences like this will result in a ban.

Many of your images have been deleted due to, poor naming, and that their duplicate photos of already existing ones, and the Spetznaz, weren't in any snow biome in MW2, those where the Ultranationalists.

Due to your unacceptable behavior on Call of Duty Wiki Chat, you have been banned by Crazy sam10. Your ban expires on September 06, 2012, and the reason why you were banned may be viewed in the ban log. You can contact the moderator who banned you to see if you can be unbanned, however it is very strongly advised that you read and review our policies thoroughly before you reconnect.

As I have already explained, "Ultranationalists" as a faction refers exclusively to the small scale militia we saw in Call of Duty 4 and the last few levels of Modern Warfare 2. Other than that, they are a political party, and calling the Russian Army Ultranationalists would be like calling the US Army Republicans or Democrats.

Retrieved from "https://callofduty.fandom.com/wiki/User_talk:For_The_Soviet_Union?oldid=2091235"
Community content is available under CC-BY-SA unless otherwise noted.