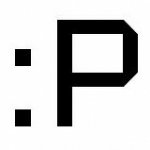 Blog comments use the same type of code that editing does, so the standard "<youtube></youtube>" code with the series of characters at the end of a YouTube video's URL on the inside does the job. For example, "<youtube>m-6KIsLYDIQ</youtube>" produces the song I've been listening to for the past few days nearly straight.

Not feeding the trolls Edit

A blog post or discussion comment you recently made was deleted because it was considered trolling. Trolling can include, but is not limited to:

Retrieved from "https://callofduty.fandom.com/wiki/User_talk:Game_%C3%9Cber?oldid=1951974"
Community content is available under CC-BY-SA unless otherwise noted.