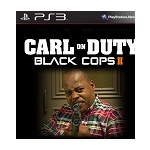 I will try to go give you my code later, and also please ask you to join the clan [STO] Special Tactics and Operations on COD4 Wii and on Mw2 for Ps3, The current clan leader in Mw2 is EnriqueDeLaRosa if you maybe add him tell him that His friend Kristian Suggested you to join the Clan.

Here it is. could not get the knife and Gold on the Program.

Do you need any help with it? It looks like it needs some repair.

Well....the friend code on my profile is the original Devil Dragon. The new one is 137949114618. DON'T let my low level fool you. I should be 2nd or 3rd prestige, but I accidetaly deleted my profile. But I figure a level 34 running around kickin everyone's ass is fun too.

Keep in touch and tell me your normal gaming schedule. Mine is sometimes on Weekdays from 7-10 California time. Mixed on Saturdays. And after this Sunday, mixed as well.

Ill put You in but your age cannot be 3

Sure, I'll need your information to fill it in.

No, that is all. thank you.

Dinnertime. Damn, you're pretty good. You seem to specialize in SAW combat. I suggest you use a RDS for the CQB you"ll be in. Killerkitten02:15, September 11, 2010 (UTC)

You arent as epic as me, but your still epic Edit

I dunno... You're all kinda epic. Gamemasta especially because he showed me how to do this Talk Page thingie. Thanks! Momeng 20:50 October 3rd 2010

There has ben some problems with loading them so I just wanted to make sure.

Hey, did you see the Devil Dragon Avatar on my Userpage? Well, I made one just like it for "Red Tiger SAW." Let me know if you'd like it.

1. When are you getting the Xbox?

2. Can I move the pic to your user page?

I want to, but I got a bad grade in some classes, and I can't play until I bring them up. So, hopefully in the next six weeks. But, yeah, I asked about the Xbox because I should be getting one hopefully soon. Either my friend's maybe in a couple months, or a new one early next year. Killerkitten17:23, September 25, 2010 (UTC)

Hey! I don't think you know me, but I was told you have the gift of making user boxes. If so, could you possibly make me one that says "This user is on constant vandal patrol!" I would appreciate it! Thanks!

What's up man? The user box looks great, thanks again!

I might take you up on the offer if I think of any other User Box I would like.

Yeah, I just get aggrivated at people who automatically think console gamers use AutoAim. I mostly QuickScope on the PC as a matter of fact. Well, no hard feelings, I'll remove the post if you feel that offended. KillerKing17 01:18, October 4, 2010 (UTC)

Can you create a userbox for me.

Then could you put a picture of either the tomahawk or throwing knife and it saying This user likes Call of Duty Dodgeball.QuagQuagQuagmire talk 11:25, October 30, 2010 (UTC)

My dad will be working most of the day today, Veterans day, so I'm planning on sneaking in a play of MW Reflex. If you want to play, just let me know. And don't get POed if I have to leave immediately. Killerkitten18:29, November 11, 2010 (UTC)

Sure. What's your ally code? Cause I can't add you otherwise unless i've played with you before. You do play on the Wii, Right?

You never responded so I figured I should ask again. What's your ally code?

N7's also been banned because he threatened to do exactly what you did. You can come back later.

Nah I think I'll have pancakes.

Just to let you know Edit

Please note that your signature Template:Lulz_Sig is breaking the Call_of_Duty_Wiki:Signature_policy#Usernames please be sure to move it anywhere soon. -- CakeMixPie. 05:22, August 18, 2011 (UTC)

I've been wondering what did you and N7 get banned for that one time. I dont really care what you did and it wouldnt make me think differant of you guys.

Retrieved from "https://callofduty.fandom.com/wiki/User_talk:Gamemasta424?oldid=1959465"
Community content is available under CC-BY-SA unless otherwise noted.