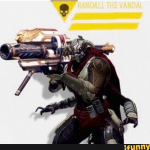 Hello HDL, welcome to the wiki! Awesome job on making the new page, it's really helpful. However, I just wanted to let you know that with regards to talk pages, what you posted isn't what would typically be posted. We prefer questions about the article in question, such as clarifications or image requests. Otherwise, welcome to the wiki, and keep up the great work!

Thanks, I'll rename the page to "Gator" Diallo as that seems to be a nickname. Also, no need to apologise for not getting the source, it does take a bit to get the hang of Wikia, but you'll get there. Capt. MillerTalk 06:20, August 15, 2016 (UTC)

Hey, all the images you've uploaded are incorrectly named and unlicensed. Also, due to their poor quality (low resolution e.g.), I've had to delete all except two of them. It is good that your uploading images, but we have to keep a high standard of quality on the wiki, and yours just didn't reach that criteria. However, I can see where you went wrong: when getting images from YouTube videos, only screen cap them in 1080p or the highest possible resolution. This should eliminate the poor quality which you're getting now.

No need to apologise, I stuffed up uploading images when I first joined, so nearly everyone does it. Still, your endeavour is perfect! A majority of the IW pages need content and trying to fix that is exactly what we need, and the majority of your edits have been excellent, so keep it up! Capt. MillerTalk 03:59, December 8, 2016 (UTC)

I actually forgot that the current gen consoles can take ingame images, so that would probably be the best method for taking screen caps. Anyway, good luck with the images. Capt. MillerTalk 04:08, December 8, 2016 (UTC)
EDIT: By the way, before I forget to add this, always remember to end your messages with "~~~~" so it displays your sig. Capt. MillerTalk 04:10, December 8, 2016 (UTC)

Hi. Your recent images were deleted as they did not conform to our image policy. They were both badly named and incorrectly licensed. When uploading in the future please ensure to follow the naming and licensing rules as seen on the policy page. Failure to do so may lead up to a block if enough warnings are given. If you need any more help on image uploading feel free to ask myself, anyone on the Custodian team or Sysop team. Thanks.

Please read the policy I linked you above. It has everything you need in regards to image policy, and is laid out in the most simple way we can.

Hey, Deathlord. Nice work on uploading some of the concept art. If it helps, I'd suggest taking an easier route and titling your concept files with the games they were in.

An official video by Activision says that it takes place on Mars, which is why the location is listed as Mars. Assuming that it was a mistake by Activision is speculation. Please stop removing it. Conqueror of all Zombies (talk) 21:17, August 31, 2017 (UTC)

Please remember to correctly name your images. Having the title of the game that the image is from is helpful for future editors. Twig (Talk)

For clarification, it should be that way: "Venus Skyline IW.jpg", "GPMG Model WWII.jpg".

Again, please add the game's initials at the end of the file name. For example "Nomad Model BO4.jpg", not just Nomad Model.jpg

Please can you name and license your images properly. You have already been told about this and ideally at this point your images should be deleted. However, as they have already been posted to the wiki pages, this will be done for you this last time. For help, see your previous messages and the dedicated help page: file rules.

In addition, any game related images such as weapons fall under the Copyrighted Media license (Call of Duty game screenshots).

Due to your unacceptable behavior, you have been blocked for 2 hours for consistent image policy violations. You are welcome to come back and edit sensibly after the block is up; however, it is very strongly advised that you read and review our policies thoroughly before you start to edit again. If you believe your block is unfair you can leave a message on this page and an administrator will consider it.

Any more unacceptable behavior and another block will be issued. Thank you.

An image you recently uploaded, "Swaft RFT Model.jpg", was considered to violate the image policy as it was one or more of the following:

You've been warned far too much about violating the naming rules. Twig (Talk)

Given my complete obliviousness in both checking this page and failing to follow the image policy (something I used to be good at doing)... I think I am gonna go on hiatus. I might return in the future ( and will likely be more capable with regards to naming images), but if anyone wants to do what I did (and preferably do a better job at it), I recomend checking Artstation as a considerable quanity of in game models and asset imges regarding this franchise have been recently uploaded to the site. I was going to post many of them today had I not seen just how much of a collosal mess I unintentionally created. So yeh, there's that.

Retrieved from "https://callofduty.fandom.com/wiki/User_talk:Hdldeathlord?oldid=2475582"
Community content is available under CC-BY-SA unless otherwise noted.