Welcome to my talk page

Who the hell did this?

Nevermind, I checked the page history. It says you did it.

Congratulations...your day has been made

Welcome back you didn't miss much SOGM has a problem with his PS3 so many leakers are adding illegal info on the wiki so all in all...nothing much

Well i preordered for PC so theres only one edition for it...which are you getting?

Wat do u mean? 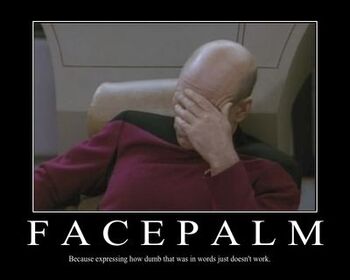 are you kidding me....did you just ask that? but i am flattered that you think i look like eminem i kinda do we have the same haircut and shit

Looks good better than mine

u mean where a pic links to ur account?

Heres what I do; [[File:Picname.jpg|link=:User:Helljumper141]]

That would be a good question for StB to answer.

Not rlly...I havent really talked to him before how did you steal his name? isnt his username N7?

If you really want to know, his original name was II Helljumper II(and he kept that name for almost a year). Later, he changed his name to N7.

I was talking to both of you. forgot to put it on Omni's talk though.

If you really want to know pretty much every1 dies...for more spoilers: Woods dies, Bowman dies, Dmitri Petrenko dies (ya he comes back and u see his face), and I think Reznov dies not rlly sure though

Also turns out that you tried to kill Kennedy

I dunno, never eaten a sandwich from those places, so... I guess get a taco from Taco Bell. Oh, and JFK is AFK.

Don't worry, it happened to me when I was making my sig as well. You might want to use the CoD wiki sandbox to test your sig. Just use preview instead of saving the page please.

THAT... I dunno. Happy Boy has a sig with a colored background, and StB makes sigs for other people, so maybe you should ask them.

What are you talking about its the same as b4

First off....the fuck was that? Second off...my name isnt some paradox it came from my need to create a username back in the days of Wolfenstein Enemy Territory I chose vietsoldier1 but i grew tired of it so i see this black pc user switcher box thingamajig that has the name Omnicube on it and the button choices were 1 & 2 and from there Omnicube1 was born

Wats so suprising the im tried of editing wikis thing?

wats on ur home page then?

I cant belive it time to end my life. Hasta Lavista world.

Yea I mean people have put even less related blogs on here. So I would say sure. I mean the worst case scenario it gets taken down.

Ok i see what ur talking about its ur sig right?

I got mad one day after wanting to play Domination REALLY badly, so I just snapped it. Very fulfilling. KillerKing17 05:15, November 14, 2010 (UTC)

I am gotta problem?

It's a pretty big deal

Congratz on your 500 edits

It's all been private messages, comments, or camouflages

I don't really care as long as it counts as edits

I only have PC brah

Where is that at?

Rollback is a "power" that lets the user revert all the edits of the previous user on a page.

Where is the control menu

how do you copy&paste into your signature box

How do you get it in the signature box?

I have no idea. I play on the Wii, and barely anyone has a headset. If whole teams of guys with GLs count, then yes, I have.

Do you have a ps3[user name]

Say you are a friend of Alex

I never knew XBOXes could glitch

Just to let you know that your signature is in voilation of this policy. I could fix it for you, if you want.

On PaPa Smurf's blog, we both posted a comment at the same time on the same "thread".

Did you talk to Far Far South and Mrs Merks?

i am at my friend's[Far Far South]house right now so I have to log off!!!

I saw what you asked WHISKEY. That would eliminate the whole purpose of a wiki that anyone can edit, which is one of the the main points of a wiki.

Your message to WHISKEY

That would mean protecting all 2600 pages and hundreds more... bad idea, and VERY labour-some.

It's still essentially the same thing; it discourages unregistered users from contributing.

YES. You should. Hate mail overrides CoD:DDD and should also be reported. Remember to put an edit summary so people know why you deleted it.

Good. I've warned him about the consequences. Anyways, i'm just wondering, why does it usually take awhile for you to do certain things?

23:35, November 23, 2010 (UTC)
Well, sometimes, like just now when you removed the hate mail, it takes several minutes after me or someone else says something for you to do something or reply. It's not a bad thing, i'm just wondering is all, since removing hate and adding a reason usually just takes a few seconds for me.

Haha, yup. Imagine a regular user's or a Bureaucrat's day.

On your infobox, its not "UMSC" it's USMC.

thanks for the fail message to the dickhead!

Its 12:15 where I live. And yea I mean Sysops they always just seem to flame and argue and some ban users after being disagreed with. I am a much calmer person then I was about a week or two ago so I am trying to not start anymore flames a new slate you know. So a trip going somewhere for thaknsgiving I presume. Im just staying here with my family (somehow my house ended up as the meeting place uhh) and best friend Ciera.

To you to man.

Thanksgiving to you too are you doing anything special other than eating a turkey?

So you are italian[I just watched godfather last night]?

Same to you Bro!

Callofduty4 and Im not the only one that has a problem with him its either Fuck the World on my page except everything is replaced with his name or the song Fuck You be Cee Lo Green.Sniperteam82308 16:42, November 26, 2010 (UTC)

Yes same as my user name here. But my asshole of a brother who came over a week ago broke it after getting pissed at Modern Warfare 2 because he cannot kill anything but chickens. Thus he hit our xbox and we had to send it in to Microsoft. I should get it back around Thursday though. And I have every Call of Duty including Black Ops. Feel free to send a friend request or game invite anytime.Sniperteam82308 17:00, November 26, 2010 (UTC)

I don't know i don't even think we need sysop admins I mean most of them just act like assholes! But I'm not sure if it was Cod4 but he disables them everywhere else like the one about the next war 1 random comment and he disables it. Hes not the worst admin ever though there is one on the red vs blue wiki named WhellerNG that bans without warning or reason. I've fallen victum to him once as has another admin there and a guy that did the wiki good only he got banned TWICE. We deslike him alot but hes head admin or at least thats what he calls himself. Funny thing is I have more edits than he does.Sniperteam82308 20:26, November 26, 2010 (UTC)

Can't hes afraid of being overthrown so hes the only burrecratt on the wiki. He didn't even get it fairly he went to wikia and got it from them.Sniperteam82308 20:39, November 26, 2010 (UTC)

Told you it was him. Cod4 really needs to realise that on blogs people are going to chat, and fight, and argue. You cant just disable something everytime something happens. Whats next is he going to ban one of us for chatting on each others talk pages haha.Sniperteam82308 20:44, November 26, 2010 (UTC)

Your right I want a trophy... or a cookie. I think I will give you both 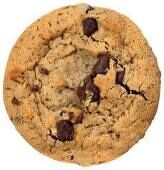 on mods wiki someone name sgt viktor resnov was impersinaaating u