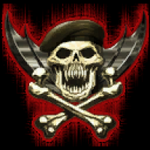 Thanks buddy, I appreciate it! I was modifying them (not just the camera spike, but all the ugly equipment pics) for my "Black Ops Helper" application that I was making for Android. Figured I'd share the love. :) Jake Griffin

i have warned Butthead4 Edit

i tiold him to not make changes without citations if he cannot provide proof then he needs to leave it alone. If he persists then please let me know right away.

i didn't know that srry

Is blocked for a month FYI.

It looks good, just not sure if it'll work with the extended width compared to other images. Tell me how it works out! :D Smuff[citation provided] 17:04, March 11, 2011 (UTC)

Didn't know it accepted different widths, even administrators learn something new everyday I guess... Thanks for showing me that :) Smuff[citation provided] 17:16, March 11, 2011 (UTC)

Heheh, yeah I ripped off the idea of an alternate user backround off someone from Fallout wiki. The problem is that because of the page widths that go with the wikia skin, only people with huge monitors can see the full image picture... xD Oh well! Smuff[citation provided] 17:25, March 11, 2011 (UTC)

Noes! You can see the blackness! xD I edit on a 27'' iMac so I can see it as well, but for some reason the coding I used seems to only like the left image to be 650px wide, plus the majority of the community edit on laptops or computers with ish small monitors I think. I'm not sure for a fact, but I think it's a reasonable assumption. My userpage (with the images) is about 2300px, so it still takes up quite a lot of the monitor. Any bigger and I think the page would use up people's download limit anyways... (Wouldn't really, but it uses up about 5MB a time anyways). Smuff[citation provided] 17:37, March 11, 2011 (UTC)

It's a glitch which doesn't seem to work when I apply a possible fix. Wikia probably knows about this, and they should fix it sometime soon. --Callofduty4 22:16, March 11, 2011 (UTC)

I was wondering if you created these yourself. If you did, could you make me one which says PMG. Thanks in advance. elmo's

Thanks very much, it looks fine on my PC. Have a cookie (::) elmo's

Actually, those are done by a bot built into the wiki software, it signs it with the last admin who edited, so it wasn't actually me welcoming them :P

BTW, the bot welcome means you don't actually need to welcome IPs. If you do see an IP which was for some reason unwelcomed, then feel free to do so, but otherwise you don't have to. --Callofduty4 22:27, March 16, 2011 (UTC)

After reviewing your welcoming history and other contributions, you've been admitted to the New User Welcomers! It's a pleasure to make your acquaintance, I look forward to editing with you in the future. --Good editing! Darthkenobi0(talk) 01:29, March 17, 2011 (UTC)

You are now a member, I just passed it a few seconds ago. You are now free to use the {{RCP}} userbox on your talk. Best of luck catching vandals! (You can also add your name to the list)

For shame cod4, for shame!

The page was protected because it was a MediaWiki page, meaning it dealt with pretty much the engine the wiki operates on so it's automatically restricted so that only sysops can edit it.

``When naming pictures, the title must be relevant to the image, such as File:Vasquez.jpg. Other images of Vasquez, such as :File:05.jpg, would not show up in search results and therefore harder to find. Image titles must be (in some way) related to the image itself.´´
If you want your image moved to a real name, contact me at user talk:Cakemix.

I've nominated you for User of the Month for all the effort you have put in to the Black Ops challenge page, and for your general helpfulness. Good luck! elmo's

You're welcome, you deserve it, a lot!

Done, here are the names:

omg Jako that would be awesome, please could you add it for me bro?

Wow, awesome thanks bro. It works really well and that button is awesome. —

Oops, I'll just fix that. Thanks for pointing it out. —

Thanks :) Look here, is my coding right from what you see?

To clean up those pages, you need to either add the templates/categories to pages, or delete them, which requires admin. Also, I passed your TIG request. --Callofduty4 14:15, March 26, 2011 (UTC)

I would like to take a small amount of your time to say "Thank you very much for supporting my RfB". I apologize for sending you a generic note but the amount of users that supported me was beyond my expectations. You can rest assured that even though it is a generic "Thank You", I mean every single word. Your support has meant a lot to me and I promise to carry on doing what I have been doing, that is supporting the wiki in any way that I can. Sincerely yours ,

It's a good pleasure to join the War. Edit

I pasted the code, but a new button wasn't created. Do I have to install something?

I'd just like to congratulate you on your extreme devotion to the wiki, even if I didn't vote for you, you really do deserve it! Nikolai Cannot Die 23:14, March 31, 2011 (UTC)

I recommended it to a friend a he says it's absolutely amazing. Thought you should know. Nikolai Cannot Die 06:10, April 6, 2011 (UTC)

I think you can just go to Template:Award/UOTM and change the ref there. I'll delete the PNG. Thanks for that new image, SVGs are good for images like that. --Callofduty4 19:32, April 6, 2011 (UTC)

What is ur gamertag, i would like to play black ops with u if u got the game.

I certainly know and awesome editor when I see one, so here's a cheer to mantaining the BO Challenges page all by your self. Keep up the good work, and IMHO, after a while you'll be able to run for admin and win.

thanks for the warm welcome posted by nohi

Hi Jako7286, due to your inactivity for six or more months, you have been added to the RCP inactive list. If you are inactive for over a year, your membership will be revoked. Have a good day. PierogiTalk 23:14, April 22, 2012 (UTC)

Retrieved from "https://callofduty.fandom.com/wiki/User_talk:Jako7286?oldid=2098433"
Community content is available under CC-BY-SA unless otherwise noted.