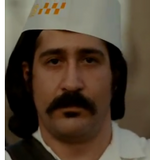 Well its still pretty racist. And I think Obama is Christian. Now stop being damned racist toward radical muslims they are just like the Christian Crusaders fighting for religion.Sniperteam82308 00:52, December 20, 2010 (UTC)

And you a fucking asshole. It was the same thing they are not trying to force their relligion they are doing it for their religion. That is why it is similar. Do you even know what the Crusades were about. People thought god had told the pope to take the Holy Land. While it is diffrent its the same concept. Now get your facts straight and stop being so god damned racist. And I am a democrat so HA!Sniperteam82308 01:02, December 20, 2010 (UTC)

Please keep your personal beliefs off the wiki, it can start a flamewar - and it looks like ones getting started between you and Sniperteam. Please get rid of it. --

Just don't talk to him, it'll stop the flaming here. Also, could you please remove the "do not message me" stuff on your page - while it's not racist, it can still cause a flamewar, and no one here wants that. --

Why because they fight for what they believe in. Thank the lord Obama is taking troops out. I can't believe we would kill them I mean the Al Queda I can understand I mean 9/11 but the Taliban had no part in that. We invaded they wanted us out so threatend us and then fucktard Saddam Hussein secretly has them actually do shit to get them out of his country before they kick him out of office and a war erupts or at least thats how I see it. Now I to used to believe the Taliban didn't even deserve my spit but then I realized holy shit they feel the same way about the US. Think about that. Like I said Al Queda I could understand hatred towards but not the Taliban. Maybe you should put yourself in their position it should stop your racism. And you know what why is it I'm the only user you talked to about this everyone else on the blog also called you racist.Sniperteam82308 01:11, December 20, 2010 (UTC)

To use, insert {{Signatures/Johnny McAppleSeed}} in your preferences (in the signature box) and make sure the box that says "Custom signature" is checked. --

Well you should really think these things through before you post them then.

What the heck Edit

Lol with the avatar

Hello. I read your user page. You said you wish to not be engaged politically by anyone who doesn't agree with your Conservative, Capitalist, and Republican ideals. If you would like to have such privileges, you will stop engaging other users about their ideals or I will report you to admins. Cpt. Dragunov

Excuse me asshole, but your wikileaks blog and your userpage are whats causing people to engage you in the first place. You are the bloody source of the problems we have had with this.

Please don't get your beliefs into this man. I don't go around preaching my christianity , or political beliefs to any one who dares read my userpage. I got involved with that shit once , with my friend only because he supports communisim and palestine , and I support Capitalisim and Israel. That friendship is over because I was stupid enough to argue with him about it. Don't be stupid. Thanks White808 00:40, December 29, 2010 (UTC)

It offends everyone who is one is something you listed. I'm a Republican who has many democratic friends. Change your user page. Conqueror of all Zombies 01:41, January 8, 2011 (UTC)

I can report you to an admin for threatening to flame me. You have many requests to fix your user page, and it may offend other people (incase you didn't know, there are about 6 billion of them on earth). Change it. Conqueror of all Zombies 19:35, January 8, 2011 (UTC)

I'm dumb? An Admin telling you to keep your views off this wiki is just like nicely saying "Fix the damn page!" And I never asked if you liked me, nor do I give a shit. I don't care what people who have no regard for other's feelings think of me. Conqueror of all Zombies 01:37, January 10, 2011 (UTC)

is not allowed under this policy. You cannot delete messages, whether you think they're whiny or not. If you do, you may be subject to a block. Thanks, ukimies {talk | irc | administration} 17:17, January 9, 2011 (UTC)

If you do not remove what's on your user page, your userpage will be deleted.

It's okay now, but picking out certain people isn't right. Keep your political views off here too, or at least keep them low-profile. Thanks!

DILLIGAF? I'm not the troll in this situation.

I don't think I ever called you an asshole for hating radical muslims. I said that you were the source of your flame wars because of the wikileaks blog and your userpage. And you know what, I know plenty of people who do call me a terrorist supporter because I'm a liberal communist. So if you think believing in another thing than you is terrorism, I guess I support terrorists.

Can you please stop flaming people for no reason such as ^. You posted something racist, and he was offended by it, his reaction was perfectly normal. Your reaction on the other hand, was deliberate flaming of another user. I really don't want to have to talk to a sysop about this.

Stop arguing with Cpt. Dragunov, it's turning into a flamewar. Calm down, and refrain from contacting him for the next day or so. I'll tell him to do the same. If you continue, I'll block the both of you. Sactage (Talk)   04:13, January 22, 2011 (UTC)

You're allowed to settle your own disputes, yes, but when it starts becoming more than a friendly argument, it's my job to enforce policies such as UTP, and prevent the argument from turning into an all-out flamewar. I threatened to block the both of you since people tend to do stupid things when they're angry, and giving them a period where they can step away from it all and cool down stops them from doing stupid things. Besides, you're acting like I was going to block you for three days or something close to that, whereas I would have done a 6 hour block on your accounts at the maximum. Sactage (Talk)   22:01, January 22, 2011 (UTC)

You know, that was entirely my fault, and I'm really sorry that turned into such an argument. I shouldn't have chimed in there, and now I truly regret it. I'm sorry.

I understand what you mean, and I don't know either. It's a tough question to answer and you're better off asking the person who told you that he'd block you and whomever else. --Callofduty4 19:27, January 22, 2011 (UTC)

So help me God Edit

I thought we were friends :(.

Are better off done on April Fool's day. It would have been more understandable why you would do that.

I know that it wasn't vandalism, but it was also unnecessary. Just wait until April Fool's day. Then go for it. As long as it isn't too big or crazy. Besides, I'll be doing it too, if it's allowed.

22:42, January 30, 2011 (UTC)
Oh, and no thanks, i'm fine being a edible item usually associated with sexist discrimination and negative stereotypes towards females with the rank of a non-commissioned officer.

Edit other people's userpages without permission. Thanks! Cpl.Bohater Er... You didn't undo it. Cpl.Bohater

Because I didn't vandalize. Had I wanted to, I would have kept it there. Instead I made my joke and reverted the edit. No harm done!

However, I do find it dumb I never got a warning. Had I known I shouldn't have done that, then I likely wouldn't have.

It was vandalism, how would you not know that you shouldn't have done it? O.o --

I DID warn you, hence the vandalism template above.

Because it wasn't vandalism. I wanted to mess up his page, I would have kept it that way. Look at the edit logs. Seconds after doing so, I cleaned up the page and put it back, before the user of the page did. I don't think vandals go around spray painting walls, then getting red colored pain and spraying bricks back to their original colors.

No, I was on the CVN channel on IRC and just happened to revert it with my rollback. Cpl.Bohater

Step 3. Ask an admin what rollback is.

To go on like Bohater asked, click on this link. I will be under the nick Sp3c.

I appreciate the heads up, I gave him a short vacation.

Can you please stop trolling on people's user pages.

Since it's fanfic, why don't you add it to the fanfic wiki? You can create an article for it there, and I'll be more inclined to give my opinion on it if you put it there. I read the current version of it, it's good. --Callofduty4 01:24, February 16, 2011 (UTC)

To many vandals, being flamed means they pissed someone off, a goal of theirs. Like trolls, they want attention. Try to not give what they want.Senior Sammich Omnomnom Kartoffeln? 17:20, February 19, 2011 (UTC)

Retrieved from "https://callofduty.fandom.com/wiki/User_talk:Johnny_McAppleSeed?oldid=2092576"
Community content is available under CC-BY-SA unless otherwise noted.