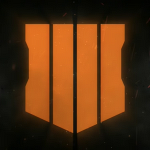 Ok so you know how you the wiki uses the Settlement Defense Front logo in Infinite Warfare related posts. Like if I'm on a page on something that has something to do with Infinite Warfare, if I look at the top-left hand corner I see the Settlement Defense Front logo, and if I click it I get to the Infinite Warfare page on this wiki. You guy should really really replace it with the "IW7" logo that Infinity Ward is using. It really would help distinguish it from any other future games in the Infinite Warfare sub-series. It's kind of like this games Black Ops 3's (Roman numerals III symbol) and Advanced Warfare's (Atlas logo or connected AW symbol). Infinity Ward has used it to promote the game, it's been used in t-shirts and such. I also saw it in a YouTube advertisement by Activision that's linked to the new Infinite Warfare gameplay called "New COD IW7 Gameplay." Please take this into consideration, and here's the logo.

I'll see what I can do. I've got my hands full with some other things...

I've created your userpage for you so your username won't appear as a red link anymore.

Also, keep up the great work updating the IW pages. Due to not having bought the game (I refuse to pay for PS Plus) and real life, I haven't been active on the wiki as of recently. Still, I do have a look in every once in a while, and seeing you do some excellent work is great to see.

I'll try and help where I can. In regards to the header at the top, that sort of stuff can only be done by admins. However, I'm a bit unsure on how to change it. I suggest you consult Cod4, he knows his way around the site code way better then me. Capt. MillerTalk 12:03, December 6, 2016 (UTC)

As I do not have the game, I have to go off of what those who do say, and according to multiple users, there's nothing in the game that says it takes place in 2080, and all other evidence points to not taking place in said year. Unless you have concrete proof of the year and can supply it, do not change the date to 2080. Conqueror of all Zombies (talk) 05:03, December 6, 2016 (UTC)

I didn't "like" that link because it in no way gives a date to the game, it literally just describes the aesthetic feel they were going for. And, after reading over the forum I linked you to (which I highly suggest you do, by the way) the narrative director outright stated that they didn't make the game with a specific century in mind, let alone a specific year. Conqueror of all Zombies (talk) 05:19, December 6, 2016 (UTC)

Once again, I suggest you read the forum I linked you to above; the narrative director said that it wasn't a link between the games, it's just an easter egg, nothing more. Conqueror of all Zombies (talk) 06:05, December 6, 2016 (UTC)

You recently uploaded an image that was incorrectly named and licensed. Instead of "IMG 0924.JPG" and the Fair Use license, it should have been "Prestige 10 Icon IW.JPG" and the "Copyrighted Media" license. If you have trouble in the future, this policy should help. Capt. MillerTalk 04:15, December 8, 2016 (UTC)

I share the similar view of updating all the outdated stuff here, i've got the games and rig to get images for Infinite Warfare (even though the GUi is confusing as hell), so i shall be of great use

I have lots of IW screenshots waiting to be uploaded now, i just have to crop them. All Tier 1 perks also been completed, so Tier 2 and 3 are the only ones left

I'll continue doing what i can without making myself overworked

Cuz if you got Steam or Discord or something similar, we can have an easier time collaborating on pages on the wiki, such as the IW ones you want to create, fix and manage

Wowww, I did very much misunderstand you. My apologies. I now understand what you mean. I would need to edit MediaWiki:Wiki-navigation. What other info do you have that I would need?

I have updated the menu bar with your list. Thank you very much Reyes!

Chat can be the mediumEdit

If Steam and Discord are unavailable, perhaps the chat is sufficient?

You've been requested for the CoD wiki chatEdit

Come join, multiple people are asking for you to come in

Yo, just bringing this to your attention in case you haven't noticed it. Sometimes when you edit a page, it removes a chunk of the page's latter parts (namely navboxes and categories), such as this, this, this and this. I'm not sure what causes this but it might be a bug with the editor, I recommend you preview the page and/or check "Show changes" before saving it to make sure it doesn't happen. Cheers! -- laagone (talk)  19:39, January 1, 2017 (UTC)

I have moved the page for you. Sorry for taking so long to get back to you.

It has been happening to you multiple times; I think it's a problem with the "Show changes" parameter. I'm not sure if you've been using it as Laagone told you above, but I don't really recommend it. I actually suggest you to Preview the page, more exactly by clicking on the "Desktop" box at the right before saving an edit. If you don't see anything (i.e. the page is blank) while previewing the edit, click "Back" and try again, and then save.

Actually, now I noticed that the issue on your recent edit was about a wrong coding for the <choose> tag, but you've fixed it. That's another example on why previewing the page comes in handy.

A couple of things Edit

Just so you know, making a whole bunch of consecutive edits (especially small ones) to a page can be seen as edit boosting, so please try to make all your edits in one go. Also, do not blank a page when you nominate it for deletion, and you have to give a reason for why you think the page should be deleted. Also, {{Sdelete}} is the template you use when a page needs to be deleted without a dicussion. Conqueror of all Zombies (talk) 05:49, January 23, 2017 (UTC)

Hey Reyes, I've been a bit inactive as of lately and haven't been able to make news blogs on the new stuff that's been appearing with WWII. Since you've offered to before, could you make a news blog on that teaser site?

Just so you know, we don't create pages for the different zombies groups. All of the info that would go on to those kind of pages would just be repeating what's already on the character pages since the groups aren't a faction with history separate from the characters. Conqueror of all Zombies (talk) 03:53, May 8, 2017 (UTC)

Thanks for your message. Regarding the Thompson, the thing is that it's not the same variant. In nearly all games mentioned in the Thompson (weapon) page it's the M1A1 model (it's even mentioned directly as such in some games), which is different from the M1928 used in CoD WWII.

Hey, if you could maybe link me a zipped folder containing all the images, I'd be more than glad to recreate them! The only reason I decided to upload some screenshots is because you were adding them. I didn't really have any motivation a day after Chronicles came out.

I have no idea why you can't upload PNGs. I've been able to upload them just fine :/

If you could upload a zipped file to Mediafire or Dropbox, I'll take a look through them. An image speaks a thousand words. Not a lot of people edit the wiki. Any image is better than no image, even if it is a JPEG. If you don't do it, no one will.

The reason I use PNGs is because PNGs use lossless compression, while JPEGs use lossy. Take a look between the two images below.

The quality of jpg compression you can achieve depends on the complexity of the image. "Low frequency" areas (smooth, gradual changes) are easy to compress, but you're still going to be throwing away colour information. You should use JPEGs for real life photos, they tend to feature smooth gradients of light and colour. They aren't good for large areas of flat colour, or images with sharp edges. JPGs also tend to feature artefacts (areas of colour bleeding or blotching which is a result of the method of compression)

PNGs, unlike JPEGs, use lossless compression and support alpha channel transparency. They’re really good for first person viewmodels. PNGs are also really good at compressing graphical and flat coloured images, because it uses an indexed colour format. The dithering that appears in the photographic areas as a result of reducing to a palette is usually not problematic.

Your images are great, it sucks that they can't be pngs though. Keep up the good work :D

Hey, just a heads up, it is indeed possible to collect a Ray Gun from the box, and then find a Ray Gun Mark II in that same box without replacing it. I have indeed done it in Black Ops 3.  I can try to give you video evidence if you want, although it might be hard to get that exact circumstance again. I will refrain from editing the page again until you acknowledge this- I'd rather not edit war with you. —Unsigned comment was added by 69.119.186.4

Hey Mar-Astagua, I updated the template. Thank you!

Hey again, I added your changes to the navigation page. It looks good, but we don't have a category on Basic Trainings yet it seems. Thank you again!

You can apply for adminship at COD:RFA. Make sure you give the page a read and give it a decent amount of thought before you do, though. Thank you for your messages!

I recently noticed you've been changing all of my WWII edits to remind the reader that the article was written during the beta release. I'm writing here to let you know that I've caught on and you don't need to shadow me anymore, I'm now including a similar message in all of the weapon descriptions I'm writing. Thanks for bringing this to my attention!

Hi Mar! I have added BO4 to the site navigation. Sorry for the late reply - I was finishing up with college the past few weeks. Thanks for putting that together for me to add easily to the page!

Retrieved from "https://callofduty.fandom.com/wiki/User_talk:Mar-Astagua?oldid=2447548"
Community content is available under CC-BY-SA unless otherwise noted.