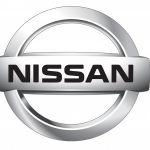 The "used by" field is only for scripted users of the weapon. Not for player characters picking it up half way through a level.

Why are you letting me know this?

It is not about English, the whole point about Cuba is not needed, as it is never mentioned in-game, or by characters. Also, please license your images with Copyrighted Media. --

Hello, Marec2. It has come to my attention that you have recently deleted part or all of the text on a talk page, that was not vandalism. This is a violation of one the policies on the wiki, seen here, in which you can not delete discussions from a talk page with exception of obvious vandalism, flaming, or spam. If you would like to archive your talk page, please ask an administrator. If you continue to delete discussions off talk pages, you will eventually be subject to a block. Thank you for understanding, have a nice day!

Hi. Your recent image "Magyar zaszlo.png" was deleted as it did not conform to our image policy. It was both badly named and incorrectly licensed. When uploading in the future please ensure to follow the naming and licensing rules as seen on the policy page, failure to do so may lead up to a block if enough warnings are given. If you need any more help on image uploading feel free to ask myself, anyone on the Custodian team or Sysop team. Thanks.

The image you uploaded, File:Personal Marec2 Megaman x character.jpg was deleted/marked for deletion because it was unused.

You are still free to upload images, just make sure they are being correctly used.

Please don't leave messages like that on my talk page. If you continue, I will have to issue you with a suspension.

i dont know whether hungary is involved or not, i havent really watched the stuff about bo3s story. on the common defense pact page, it says all of the european union except for the uk, france and germany are involved, so its very possibile hungary will be involved and they just havent revealed it yet.

Yeah, he didn't appear in this one because Mitchell has already turned against Atlas in the previous mission, but Gideon didn't yet. He actually did in the next mission Crash.

I have played the game, so I know about Corvus. It's just that generally we don't consider the "X is the only Y" type of fact as trivial, hence why I removed it. And if you look in other gamemodes, there are other antagonists that are not human neither robots.

I'm not sure what you've had enough of, but we can talk about it if you'd like... And remember you are welcome in the chat. Bye if anything, take care, man.

It's 8-year old hardware and at this point it's pointless for game developers to keep supporting old stuff. So it's pretty fair.

Respond to your question. Edit

And a happy new year!

And happy holidays and new Year to you too!

Thanks man, same to you!

I'm certain this is what CoaZ is going to reply when he sees it, so I'm going to steal the opportunity. The edit wasn't removed because it was speculation, it was clear Ilona was their ally. It was removed because it simply isn't a notable fact, lest every character page would list friendship status with every other character in the game.

Sam moslty hit the nail on the head. While it wasn't primarily due to speculation, it was mostly the fact that it was misplaced and didn't need to be stated in general. We don't need to state who's friends with who, especially when we rarely see characters interact with one another outside of combat situations. Conqueror of all Zombies (talk) 19:58, January 19, 2016 (UTC)

Yeah, basically African-American is appropriate, but I didn't add it at first since I wasn't sure about his approximate nationality due to his status within the TF141. It's now that I realized about the Australian and American flags.

Please be careful when editing the "race" parameter for characters; race isn't the same as skin color. As such, you shouldn't put "black"; it's African-American in most cases.

Well yeah, we recently changed it, it still had the BOIII thing.

Well, according to the point right above the one you added, MacMillan actually says "Ah bollocks, run!" in the PS3 version of the game. Conqueror of all Zombies (talk) 19:32, December 1, 2016 (UTC)

I don't think it's trivial. Furthermore, while the dialogue is indeed different, it's only vaguely heard as far as I recall, so it's not that much of a difference.

Talk pages are for the betterment of the page in question. The fact a voice actor has died no way effects the page in any way and doesn't need to be mentioned there.


IIII is a correct use of Roman numerals and which is the correct use for Black Ops 4. Twig (Talk)

That's odd, considering that fact that there's not even a campaign in BO4. Well, we'll see at the release.

Yep, here. I think they modeled it after a Kimber Custom TLE/RL II.

I don't know either.

While we don't have specific dates for Farah and Karim, we know they were between 7 and 10 years old when Barkov invaded Urzikstan. But there's no indication for Barkov or Kyle, you can't just write random dates like that. Good day to you!

Retrieved from "https://callofduty.fandom.com/wiki/User_talk:Marec2?oldid=2493765"
Community content is available under CC-BY-SA unless otherwise noted.