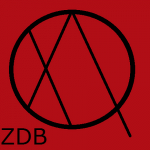 Hello, Mr.ClassicMan. It has come to my attention that you have recently deleted part or all of the text on a talk page, that was not vandalism. This is a violation of one the policies on the wiki, seen here, in which you can not delete discussions from a talk page with exception of obvious vandalism, flaming, or spam. If you would like to archive your talk page, please ask an administrator. If you continue to delete discussions off talk pages, you will eventually be subject to a block. Thank you for understanding, have a nice day!

The map is referred to as Die Rise more commonly, as such the page is going to be called Die Rise. Furthermore Great Leap Forward only has 1 mode, which is Die Rise, so it makes sense to name the page the most referred to name.

Minions are not called Jumping Jacks, please do not change the names on the templates.

I warned you about changing the Zombies template name. Do not do it again, or you will receive a short block. In response to your statement about a "lack of a source" if you had just checked the page you would have found this [1] which we added last night to quell any confusion on the subject. IGN released a Revolution preview shortly before Revolution was released, which is where the name "Minions" comes from.

Characters also refer to Zombies as "Meat-sacks" but that's not the name of the article. IGN was in constant contact with Treyarch while writing that article, and likely had questions and received answers. Finally, where is this "Patched" dialog that calls them Minions, as the recent patch notes list nothing of the sort. So get a source, or drop the subject.

Said video is a YouTube livestreamer being asked what He'd call them. It does not say it is their actual official name.

For starters, I apologize for the "Jesus Christ" comment on the Mob of the Dead talk page and making it look like I had had this argument with you many times. The comment was more directed towards the fact that I have had to deal with the same Argument ever since Die Rise was released, and from several people, and I'm just getting sick and tired of it.

However, your sources are wrong. PlayTheGame is not an offical source for this kind of thing, the developers are the official source. Since Treyarch has said that Mob of the Dead is a map, nothing PTG has said matters, no matter how much "evidence" they use to back it up. This, combined with the use of Real Life info on game articles, is why I have constantly argued with you and undone your edits. You have to follow our Wiki's Policies and use proper sources.

Also in the future, when you have a problem with me, come and confront me about it directly.

Alright, I accept your apologie. I went to crazy sam 10 because he usually seems to be the one who checks up on things, you know?

I see you deleted the message you left earlier to Sam; deleting messages and discussions on talk pages is forbidden as per COD:DDD. I undid your edit, just be sure to let what you say stay, even if the message is unnecessary. -- laagone (talk)  21:50, April 10, 2013 (UTC)

The pic is a cool one, but right now we should leave the top picture alone. I think when the Map Pack releases we are gonna use the Map Selection Thumbnail like we do with Die Rise. You can however add the pic to the pages gallery.

Please see COD:LEAK on that. --

It's simple. He's only named in leaked information. We have rules banning the use of such information. And "If I follow the rules, someone else might get the credit for it instead of me" is not a valid reason to invoke COD:IAR, which cannot be used to countermand the No Leaks policy anyway.

Assuming we don't get real and actionable information that disproves it in the interim, yes.

Also the image name was poorly done, there's a hierarchy to use on COD:FILE.

I'm talking about your image, not your article.

Hell's Retriever and the Golden Spork both fit this wiki's description of Wonder Weapons. Please stop undoing things referencing this.

No worries, the wiki used to use that as the description too. We changed the description for a Wonder Weapon around the time of Call of the Dead's release since there was no evidence that Gersch Devices, Matryoshka Dolls, or the Scavenger ran on 115 even though it was clear they were all Wonder Weapons. Just remember for future reference :)

Could you please tell me why you tried to remove the menu icon from the infobox?

IRL information is not allowed on this wiki. We cover everything from an in-universe perspective. Conqueror of all Zombies (talk) 01:54, May 17, 2013 (UTC)

Actually, using IRL is just speculating, which is also against wiki policy. We can't have people adding their guesses as to what happen. Conqueror of all Zombies (talk) 02:44, May 18, 2013 (UTC)

The template used by the zombies page is a template that can be cut down to many fors to make it much more neater and concise. Right now everything, even things that are shared on other templates are used and doesn't need to be that way. The game specific templates are to break-up the huge mess of the other template.

Article talk pages are for discussing improvements to the content of said article. They are not for speculating about the article's subject.

Regarding the Marines (Zombies) page Edit

Please stop adding Nacht der Untoten to the list of maps. There is no proof that they are the same group in those two maps. Conqueror of all Zombies (talk) 23:39, July 10, 2013 (UTC)

You've been warned several times in the past about your actions and attitude. But saying "this wikia as so much incorrect info that It makes me and PTG sad. good byw faggots, u MW lving faggots" is unacceptable and rude. If you want to voice your opinion don't be a dick while doing so. Also, PTG isn't god, they're human too. If you'd discuss what's wrong and what you think is right we'd actually come to an understanding.

Retrieved from "https://callofduty.fandom.com/wiki/User_talk:Mr.ClassicMan?oldid=1999730"
Community content is available under CC-BY-SA unless otherwise noted.