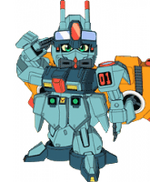 Notice: None at the moment.

kinda. i haven't played many of the games, but i know the characters reasonably well, from the television series i watched many years ago, hence the picture of him from the tv series --Callofduty4 (Talk) 02:45, September 25, 2010 (UTC)

ya, i never really knew much about the later characters in the series. the tv show was a great show, i still have video tapes of them from a hella long time ago... might pop them in and watch them if im bored --Callofduty4 (Talk) 02:53, September 25, 2010 (UTC)

Oh? I'm pretty sure I saw them being italized by admins and the like some time ago. Did that change? TNT Lordofthelargepants The Zipper and The Pockets 18:00, September 25, 2010 (UTC)

Yeah, they're great. I got them from the library, personally. You should try to get the others.

Yeah, although can't you still use the old version via preferences?

Here's the thing. I got a bad grade (7 out of 20) on a test, in Physical Education (which I now have a B in), so my mom won't let me play any games, or go on any wikias for that matter, for a month. This means I will not get Black Ops until probably my B-day which is in April. Also, my laptop is not working very well, its like breaking down. Just yesterday, its hard drive wasn't responding when I turned it on (happened twice). So yeah, I'm pretty excited (sarcasm). Oh and I have a swim race tomorrow. :/

Lol, thats how my parents are.

Nothing much, probably gonna get BO on PC for Christmas. You?

Hey I just saw your posts on Infinity Ward's cancelled maps of Modern Warfare 2. It says you've edited it and I want to see some of the gameplay if you can-I looked on YouTube and I think you'll be the best person to ask conseriding Nomad wanted you to become an admin. :) ~YellowRiolu, offline FTW~

Hello Munchable901, I regret to inform you that your RCP membership has been revoked due to inactivity for longer than one year. You can always reapply after full activity. Thanks, PierogiTalk 23:13, April 22, 2012 (UTC)

Retrieved from "https://callofduty.fandom.com/wiki/User_talk:Munchable901?oldid=1812916"
Community content is available under CC-BY-SA unless otherwise noted.