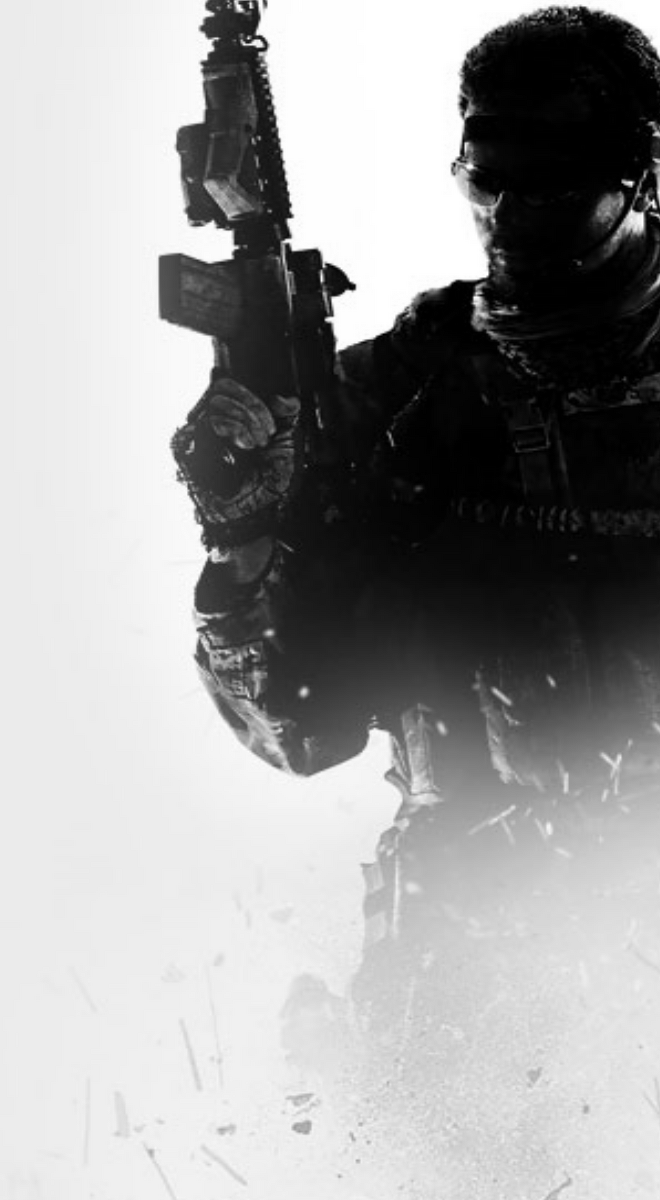 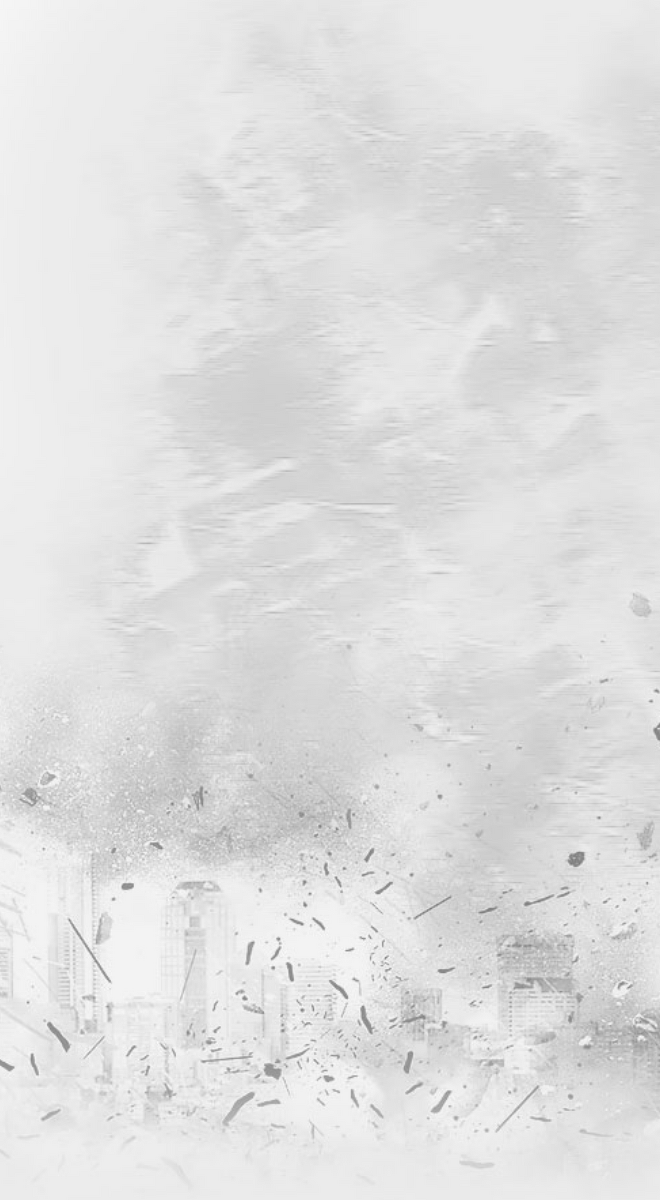 Here it is. Template it if you want.

Check this out here—

You do not "own" a blog unless you have a deed to it. Myself and other administrators have the ability to modify any blog if necessary, and in this case, I found it was (I've also done this before). We are the wiki dedicated to everything Call of Duty, and that means we are not a lot of things, such as being dedicated to the documentation of the 7th generation of consoles or being a general gaming news site.

I removed the section on Sony's PSN troubles because it is beyond the scope of our wiki. It may affect a high percentage of our userbase, but that does not mean that it deserves to be reported on. EA CEO John Riccitiello made a comment about Battlefield 3 being designed to take down Call of Duty, but we are not obligated to create a news blog on it, since Battlefield 3 is not within our wiki's scope.

The Xbox part? While it may seem we are playing favorites at a time when Sony is in peril, it is unfortunately more relevant to our wiki than PSN being down. Microsoft specifically states to watch out for phishing scams while playing Modern Warfare 2. Had they said to watch out for phishing scams in general, then we would not be required to report on either of these recent stories.

In any case, however, we are not a gaming site.

I have not been very active on the wiki recently, and as such, was not aware of Smuff's blog at the time. I spoke to him earlier about it, and the no-general-gaming-news-blogs guideline will be something to be mindful of going forward.

wanna play it somethime I'm on whenever add me wonder_noob

My thing is writing long blocky wall of text support messages XD Although this one wasn't very long. (Forget the double meaning behind that sentence XD)

No problem. Well... I think the next time I will talk to you, you will have your name highlitghed in green. You deserve it, N7.

For all your personal needs

Now I won't need to find you the link <3

Forgot to give you these.

No problem i really think you deserve it and thanks for the compliments I really Like yours too hope you get adminship I Dont Know A Good Username Talk 14:12, May 1, 2011 (UTC)

alright..who paid you to put that up as your avatar N7?, honestly??

i know who rouge the bat is. i used to play sonic thehedgehog until they raped the seris. i just find it werid that a great person as yourself would put a talking bat with breasts as your avatar. i dunno its kinda werid to me...

ur profile is really outdated

Yep, Treyarch has really gone one step beyond... THEY ARE SELLING CODBO MERCHANDISE!!!!

I get Official Nintendo Magazine. They know everything about games. But I definitely don't remeber reading about [1].

Fake? BTW, do you live in Britain?

Do you have the election results? I mean, NI council hasn't even started counting, let alone counting the referendum. We haven't even got half of the results, two days later...

I see your point about the winter's howl having random damage. i think that is the best description for it. so I think we should change that on the winter's howl page. but the thundergun clearly does not have a random amount of damage. When i went to round 93 solo on ascension, the thundergun is what kept me alive. i would just run around and once all the zombies finished spawning, i would go down the stairs and i would blast them all with one shot leaving no survivors. While i run around them, the zombies concentrate to a large amount of zomibes in a small area allowing the thundergun to take them all out in one shot. As long as i did that correctly, it will have infinite damage no matter what (so that is clear evidence it is not random). Now another thing that must be done is wait for the crucial moment before shooting. If they are too spread out or too far away, some survivors will be knocked down and will slowly get back up therefore making semi-infinite.

I look forward to your reply,

In 6 days, you're going to get a disease that turns your name green, and instantly makes you a nub. Then I'm going to want to stay away from you becuase you'll have some symptoms where you can swing a giant hammer and send people far away for a few hours/days/months/years/decades/centuries/millenia/eternity.

N7 I just want to tell you, being my best friend on this wiki, that I've decided to leave. I'm sick of the disrespect I've recieved, and everyone but you treats my like dirt. Peace out. YellowRiolu Leave a message! 19:19, May 9, 2011 (UTC)

You earned the disrespect. Lying about being a computer hacker isn't a very good thing to do.

Fucking bone'd lol'd for about half a minute.

Congrats, so here are some Rouge pics to celebrate

y u no green name?

Yeah, I see it now. BTW, Whiskey hates the template's colors, he thinks they're not manly enough.

Ps Thanks for the welcome! XD.

Congrats and welcome to the team! And i really do mean that! you got a great back up team if ever you need help and all are willing to help you out! Well maybe not me......just kidding. And yes we will pick on the new guy, its a rite of passage, don't you know? All kidding aside, welcome to the team. File:20PX SIG.gif Talk 07:30, May 13, 2011 (UTC)

Congratulations on becoming an admin. Hopefully you will be able to put down the Rouge pics and Kleenex, and do some work. </joke> elmo's

Considering how helpful you have been in reporting Call of Duty related news, I would ask your help in transcribing this to here.

Sorry mate I wont do it again.

As Fraser said 'I never doubted you for a minute!' Good job N7 (You see? I told you the next time I would talk to you you would be an admin). Since you leveled up, have a Waffle toaster.

Hi, um, I came to tell you something from Pancake301. So he tells me that you banned him recently; well, he wanted me to tell you that he wasn't harassing Smuff, and just wanted him to stop renaming his PMGs. I guess, now this is useless because I realized why he was renaming the PMGs. But anyways, sorry for wasting your time.. JerryWiffleWaffle 21:42, May 15, 2011 (UTC)

you guys are messed up in the head. Since this is the place to add rouge the bat photos i decided to add something that might tickle your fancy N7...-4TimestheSteak 21:45, May 15, 2011 (UTC)

Ah crap, I looked at N7's talk and now my monitor is in a mess.

On behalf of the Rouge the Bat fetish corporation, we would like you to have this lovely picture of your favorite breasted bat....

Wow with all these pictures... its gonna be one hell of a night. —

sorry for flamin you and stuff no hard feelings????

FINE what should i create a page about sooo????

ok well ive kind of been doing that since......... i started sooo il continue to do it

At least Supernoober1 repented of his sins kind of.

Thanks, I was just beginning to wonder why they were being made. After all I remember with "Won't back down" we had a lengthy discussion and decided since it wasn't made specifically for CoD it wouldn't get its own page.