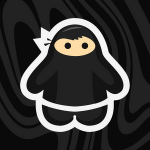 Could you at least give credit for the Zombies Emblems image you copied from http://www.callofduty-community.com/black-ops-2/zombies-ranking-system/

You can get the snow animation by putting the following line in your wiki's MediaWiki:Wikia.js page:

To your request your image has been deleted. Don't worry on it though and happy editing :)

Don't worry, it's alright. I already got an admin to take care of the image. Next time be more careful though, and (late) happy new year. T4DZ talk

Sorry for the late reply, but it has been deleted.

Per our leaked content policy, it's considered leaked until the official release, which is tomorrow, regardless of other people getting it early. -- laagone (talk)  19:01, July 1, 2013 (UTC)

Quoting the policy, "this is also the case of any legal copies of the game sent out prior to the official release date for any reason [...] Once said game or information is officially released it can be posted on the Wiki.". Even if Treyarch invited YouTubers to record it, it's still not officially released to the public and so is technically leaked. -- laagone (talk)  19:08, July 1, 2013 (UTC)

I saw the image that you uploaded (had to delete because it didn't have license and it was badly named). I am still not sure if that really is Hijacked, but i won't remove the trivia. --

Alright, we plan on making a forum regarding the character customization for Ghosts. I'd appreciate if you'd stop making the pages for now and wait until the Forum is up and put feedback.

Considering the facts of how many there may be, it might be better to approach them like Emblems. But, this is what the forum will be for, as a discussion.

I was adding the buildables section, but because of your edit before I was finished, I got some weird error message and could not publish it. Oh and how do you stand these old famished talk pages?! They're killing me.

Re: Re: Staff Images Edit

That is included in my profile (The you have no idea thing's an automatic signature) and I am actually including the Tildes. every time though lately they disappear upon publishing. Right here it will most likely do it again, I'm guessing its some sort of glitch.

No worries I'm not new to wikia or anything. I'm an admin on both the InFAMOUS wiki and the Journey Wiki. I just usually have no need for talk pages (We use the message walls) and last time I edited any of that was before they made a change. I remain mystified by my Tildes having no effect, but not enough to act upon it.

Thank you for showing your interest, I will run it past some other users and admins to get a quick general-ish consensus and get back to you ASAP.

No one ever raised anything against it, so I think we can go ahead with it. Thank you for being patient with me, I've been really busy this month with other stuff. Apologies this kept getting pushed back.

I think that's a good idea. Stuff like songs should have that.

I wouldn't put them on the games articles just yet since if I recall correctly, that was a bit of a grey area. Media like songs though, definitely. --Callofduty4 (talk) 02:27, April 5, 2014 (UTC)

Please review our policy in regards to images. All the images you recently uploaded were not named correctly. If you need any help on the matter please contact myself, another sysop or a Custodian. Thanks.

i noticed you were adding a display title template to a bunch of character pages, but i didnt see any difference in the pages. what exactly does it do? RisingSun2013 21:49, May 5, 2014 (UTC)

oh, ok. i wanted to make sure it did something because otherwise it could be considered edit boosting. thanks for telling me. RisingSun2013 21:56, May 5, 2014 (UTC)

i asked you instead of going into an investigation because its what i thought to do at the time. it may have been a little rude to accuse you of edit boosting, but i just dont want anyone doing that, and i couldnt tell whether it was or not considering the change to the articles wasnt very noticeable. RisingSun2013 20:40, May 7, 2014 (UTC)

Why are you adding a template known as "DISPLAYTITLE" to pages? It's a non-existant template.

I've looked into the tempalte, and know what it does now. However, the italics as part of a page header looked out of place. And myself and another admin I have spoken to feel they make the page look "off". For now I've had Neo remove the template to return the pages to how they were.

Well first off, we are not Wikipedia, so how they stylise their articles is not up to them. Secondly, Callofduty4 hadn't discussed this with myself, and both myself and another admin do not like the template. So that's two disapprovals to one approval. So given I have just had Neo remove all instances of the template, no I do not want you to keep adding more templates.

I'm sorry. But the fact you felt you could start this with the OK of one user, but feel you need to escalate this purely because you've been told to stop shows a complete bias towards this. Furthermore, I dislike how you keep invoking Callofduty4's name as if he outranks me. If your point now is that no one complained, will this is said complaint. Myself and another administrator did not like the addition. And since the addition was only made by a discussion that was not enforced by a consensus then we also have the right to revert it without a community consensus. We have taken the template of as we felt it was ruining the articles due to being out of place. We are telling you now to stop adding it. So this is that discussion to stop adding them.

I don't really feel you an state "I believe we still should have a community discussion rather than an administrator's opinion" when you started doing these edits off of one Admin's opinion, and then tried to use that as your main argument.

You really should of got a consensus in the first place. Making a forum now just looks like you're doing because you got told to stop.

23:38, May 5, 2014 (UTC)
Also, as I stated, it was not just myself, but another Administrator that felt the template did not work on the pages. So it is not solely me that dislikes the additions.

Well you spoke to Cod4, who approved it. And you didn't get any complaints, until now. Now you've received the complaint you want to escalate it.

My point is that when you got the approval of one user, you thought that was enough to start doing what you were doing. Now you've been told to stop by two users with a complaint, which you stated was missing before, you want to only now escalate it to a community consensus. My point being you don't see this as those complaints you said were missing, you want to escalate this purely because you got told to stop when you don't want to stop. You ahd the approval of 1 user to begin doing what you were doing. Now that 2 people have told you to stop, both administrators, you want to countermand that by just invoking Callofduty4's name and stating you'll escalate this.

(Reset indent) Just putting this in, you and the other user being an admin doesn't change anything. All editors are equal, and as such a regular user complaining should and would have the same pull in this.

It's still two users views against one.

You forgot to license one of your images.

I like the proposal but due to a few disagreements after you went off of something I recommended solely, it'd be best to kick off a discussion at the War Room about it.

Complete full name. I think some examples are some of the BOII characters, or at least some that have a very long name.

Hey Ninja, just wanted let you know that I deleted your image "SHGames WWIIZombies.jpg", which was a clone of this one. While you uploaded your's first, the second one doesn't have the reveal text and has a larger resolution. Capt. MillerTalk 02:54, April 27, 2017 (UTC)

Retrieved from "https://callofduty.fandom.com/wiki/User_talk:NinjaFatGuy?oldid=2386653"
Community content is available under CC-BY-SA unless otherwise noted.