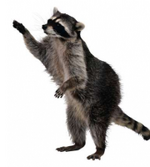 That comment was really rude. I've had WaW since day one, and that really offended me, telling me to play the game. How is the MG-42 considered a HMG? Because it can be mounted or because it's in the "machine guns" tab? With that logic, then the BAR and the Type 99 is a HMG too. Slowrider7 02:40, February 8, 2011 (UTC)

1: I can read. The picture is just blurry. 2: Alrighty then 3: The weapon description has been wrong before...

Retrieved from "https://callofduty.fandom.com/wiki/User_talk:OverseerTange?oldid=789807"
Community content is available under CC-BY-SA unless otherwise noted.